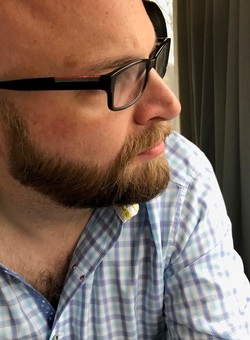 Jason Kenney is worse than Doug Ford. No, really.

Above: Ontario's Rod Philips and Alberta's Tracy Allard both travelled outside the country for Christmas and pre-taped videos for social media that gave the impression they were celebrating the holidays at home.

But regardless of the process that got him out the door, he’s gone. He made a fatal error in judgement by traveling to St. Bart’s for several weeks in December and he’s now paid the ultimate political price.

Now, as I wrote a couple days ago, there was a leadership opportunity here for Premier Ford and he missed it. With months of pandemic left during which political and moral leadership will be absolutely necessary, the sight of political leaders skirting or out-and-out breaking the rules without consequences would have neutered the Premier’s ability to provide that leadership.

Which brings me to Alberta.

Turns out that at least one cabinet minister — and in a matter of perfect political alignment, the minister responsible for the rollout of vaccines in the province no less — buggared off for a vacation over Christmas as well. To Hawaii, to be exact.

And, to add some icing sugar to that political shit sandwich, at least a few UCP political staffers are apparently guilty of the same sin.

So, unsurprisingly, Premier Kenney held a press conference to comment on what was quickly becoming a massive story.

Now those of us who have been around politics once or twice assumed the point of a press conference on New Year’s Day — given the circumstances both in Alberta and just the previous day in Ontario — would be to announce some firings. If not hangings.

But this is Alberta. So assuming that anything in Alberta politics would unfold like anything other than dumpster fire would be naive at best and, based on the Kenney government’s performance during covid, likely closer to ludicrous.

So Kenney took to the podium and promptly announced there would be no consequences for Ministers or staffers who decided to thumb their nose at the rest of us who played by the rules and missed out on seeing family and friends in our own cities — let alone other provinces or countries – for the holidays.

Nope, Premier Personal Responsibility proceeded to blame a) the Federal Government for not closing airports, b) his own government for not clarifying the policy sufficiently and — in a really bold political move — c) the rest of Albertans who actually followed both the letter and spirit of the lockdown rules for not supporting WestJet.

Yup, that’s right fellow Albertans, it’s our fault that a cabinet Minister, political staff and the Premier’s own chief of staff didn’t stay put for the holidays like the rest of us.

Now, some of you might say that ultimately the hanging offense for Ontario’s Rod Philips was not that he jetted off to the Caribbean during a pandemic but that he authored a series of social media posts that made it appear like he was in Ontario the whole time.

Maybe. But doesn’t matter — Municipal Affairs Minister Tracy Allard did the same damn thing! A pre-recorded message in front of the Christmas tree at Province House released while she was sunning herself in Hawaii.

In other words, the circumstances are absolutely, bloody identical. And yet, Kenney says things are just fine.

In any other province, I would absolutely assert that Kenney is now hooped — that he had no chance of being re-elected no matter how far off the next election might be.

Canadians will abide a great many sins from their politicians but this level of unmitigated hypocrisy is never on that list. Canadians despise hearing their leaders say one thing and then seeing them do another.

And, yes, Kenney’s polling numbers have been tanking, but the conventional wisdom in Alberta is that a united right wing — as the United Conservative Party has been (at least titularly) the last several years — cannot be beaten by the provincial NDP.

That has lead to some speculation that the reason Kenney has been so lackluster in his promotion of lockdowns, masks and so many other public safety measures is that his biggest concern has been protecting his right flank – keeping as many of the crazies in the tent in an effort to try and prevent the advent of a new Wildrose Party.

But it seems clear to me (at least) that Kenney is now the second Alberta Premier in modern history who has to worry about losing an election to his left.

So while there’s many a slip betwixt cup and lip, Kenney’s failures on Covid and (partially as a result) the economy increasingly coupled with a level of political arrogance it generally takes years to build and a hitherto unseen comfort with the type of hypocrisy Canadians universally loathe in their politicians, the Premier might not want to make too many plans for his second term.

Ya know, assuming any of us in Alberta live that long.