The Duality of Claudia Salguero

All photos by Andre Gagne.

The moment you walk intoClaudia Salguero’s home you know you are in the residence of an artist. Flooded by colour, various pieces of artwork adorn the walls, most of it her own. Her images burst out at you from inside the frame, drawing you into her keen eye for detail within the urban landscape. Though they look like painted works, no acrylics or oils were needed for many on display. They began as photographs and became the unique works through digital manipulation, just one of her many talents.

Pulling yourself away, following the soft music playing throughout the kitchen, you see a digital picture frame of various images in rotation, vacation shots, mostly, images Salguero wants to remember but admits she might never see if they end up pinned down inside an album. Collected art pieces surround you, making you wonder where they all came from. All this before you even walk into her basement studio where various instruments await rehearsals for Salguero's upcoming show at the National Arts Centre.  You see, not only is she a digital artist, but she also sings the romantic songs of her homeland, Colombia.

Art above and art below, two different mediums: one of colour and brush strokes and the other in the smooth, sensual vocals of Latin America. This is the duality of Claudia Salguero. To her, however, the two are not very far apart.

“They happen in different moments and spaces,” explains Salguero. “If you listen to the kind of music I like to perform and the kind of colours and textures I like to work with I think you see the same person behind them.”

Related: Claudia Salguero–100 per cent Artist in Everything she Does.

Though she’s made Ottawa her home since 2001, Salguero hasn’t forgotten her Colombian roots. She often thinks of the warmth, the people and the celebrations that centred on music. There, she grew up dancing, and fresh tropical fruits were everywhere. Leaving Bogotá presented some challenges, such as strengthening her English and learning to adapt to the colder Canadian climate.

“I have to say, I felt welcome as an immigrant since the very first day. I have gown as a human being because of that and I have made amazing friends from many different countries.” Salguero's musical career in Columbia got off to a bumpy start. She loved singing, but was exceptionally shy to the point of being unable to share her voice in public. When she was 11, a friend signed her up for a soloist completion in school. A reluctant Salguero accepted. The results were disastrous.

“It was not good. I was so shy and sang so soft that nobody could hear me. They started clapping to help me finish my song and I left,” she remembers.  Though such a traumatic event could have smothered any possible desire to pursue music publicly again, Salguero returned the next year and, this time, she won.

After arriving in Ottawa, she sought out Latin American musicians and started making music while continuing her photography and art career. In 2006 she discovered Corel Painter Digital Art Studio and was quickly hooked on the possibilities of enhancing her art and photographs with the software. She is currently one of three Painter Masters in Canada and, as she likes to say, the only one who is fluent Spanish. Going from teaching the techniques of digital art to painting large murals around town to singing Boleros such as “Si Dios me quita la vida”, her mother’s favourite, were not difficult transitions. She moves between her various careers as fluidly as the digital brushes that sweep across her computer screen.

In 2011 she was offered a chance to develop a new Latin jazz show at the NAC. It promptly sold out, and it has each year since. Salguero’s May 28 NAC Studio show is set to be an international affair. Her band mates include by Sylvio Modolo (piano) from Brazil, Izzy Martinez (guitar) from Mexico, Ken Seeley(bass) from the United States, Alvaro de Minaya (drums) JL Vasqueze on percussion from Chile, Canadian Jasmin Lalande on sax, trumpet by Great Britain's Ed Lister, Togo’s Matthieu Mikando on Trombone, and flutes by Luis Abanto of Peru.

Tickets can be purchased at the NAC box office or online but best be quick, if the previous years are any indication, the show is sure to sell out.

Salguero took a break between rehearsals to sit down with Ottawa Life and discuss the new show, CANTARES, her view on how Latin American music is locally received, as well as her work as both a musician and artist.

Ottawa Life: Your artwork is pretty unique, combining photos and digital painting. How did you discover a love for this process?

?Claudia Salguero: Singing is something I can't stop doing. Having talented musicians by my side and the support and view form my loved ones has been key in this aspect of my life. ?On the other hand, my hands and curiosity are my main tools and I think as a visual artist.? I studied Graphic design in Colombia but I wanted to study art and soon after I became a professional photographer and multi-image producer. When computers showed up in the graphic world I got right into it and all that combined led me to become a digital artist. This discipline allowed me to combine my passion for photography and for painting at the same time. But the truth is that ??being a full time artist hasn't been easy. You have to work ?as creator ?and also promoter. You end up having two full time jobs and you don't know if you'll have a cheque ?at the end of the month or not.? Not easy, but fun and always exciting.

Creating an art piece, a painting, a photograph or an ice sculpture is a solo action. It’s an individual process where you are asking and answering questions to yourself, and where the final product is your individual expression. Putting a song together with a ten-piece band is the opposite. The interaction, synchronization and communication between a band makes things more complex. The questions are asked and answered by many minds/hands playing many instruments at the same time. That is why it is so special to listen to and watch live music.

Can you tell me about putting together the new show CANTARES?

?Putting together CANTARES has been fun every year. ?This year I will be singing music from nine different countries for which we have included? new instrumentation. Among the 23 instruments we have the cavaquinho, accordion, Peruvian flutes, udu, and xylophone. As a band we are so lucky to have been working together for so long. We are family now, a family that has as much fun on stage as during rehearsals.

These yearly shows have been exceptionally well received with sell-outs each year. Do you feel there is a large audience in Ottawa for Latin American music?

?Yes there is! The majority of my audience is non-Latin and I think that is because of the warmth and variety of Latin American music. The music is renowned by its rich mix of poetic content, exuberant harmonies, decadent vocal interpretation and instrumentation?and people want to listen to it. In my concert?s ?you would listen to music from many different countries? including ?classic North American tune?s ?interpreted ?in Latin style. Also –and I think this has been key throughout the last six years– I always explain in English what the songs are about and I talk about the rhythms and instruments being used on stage. ?As you see, beside?s? ?being fun and romantic, my concerts are also a learning experience.

This show will focus primarily on love songs. How did you choose the pieces for the show?

?You know, love is everywhere and is expressed in all kind of rhythms. ?There will be some Boleros and you will also listen to tropical rhythms, to melancholic songs with rich instrumentation and to songs that will make you feel dancing like a Beatles song we will interpret in a Latin rhythm. Lots of surprises for sure! The songs on every one of my concerts are songs that represent something to me, that take back in time and space or that I feel and I know my international audience will like or recognize.

Some of the proceeds are going to Casa Taller Las Moyas. Can you tell me about that organization and why it is important to you?

I believe in arts in general as a tool for better societies and I work in Ottawa as a Community Art Facilitator with institutions like Operation Come Home, OCISO and Ottawa Housing Corporation. I have seen with my own eyes during my workshops how participants develop self-esteem, a sense of belonging and love for life in general. Casa Taller las Moyas in Bogotá, Colombia is a small institution struggling to teach kids and youth crafts and skills that will help them get away from the streets and develop ideas for small businesses. They operate in a very low income area of the city where any help is welcome. My voice is a gift I didn't ask for. I like the idea of paying it forward.

You believe art and music is a tool for a better society. Can you elaborate?

?Art in general is something we all need to be exposed to throughout our entire lives as individuals. ?Art is a self-expression tool that releases anxiety and tension, helps you solve your inner problems and shows you who you are. Practicing arts helps you to become the person you want to be and to solve your problems in different ways. Community arts are as important. Working as a community art facilitator in Ottawa has shown me the benefits of creating in our community. We all need a sense of belonging and inclusion and there are many members of our community in Ottawa who feel isolated and who don't have access to creative outlets. I strongly believe that investing in arts would generate more benefits. It is also fun and our cities would have more colour everywhere! 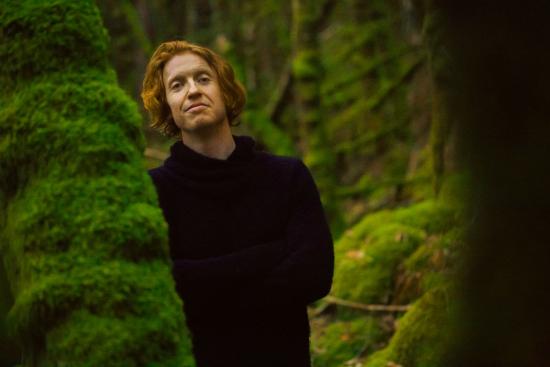 Core member of one of Canada’s most successful bands, Arcade Fire, Richard Reed Parry is stepping into slower burning embers on his upcoming solo album, Quiet River of Dust Vol. 1. 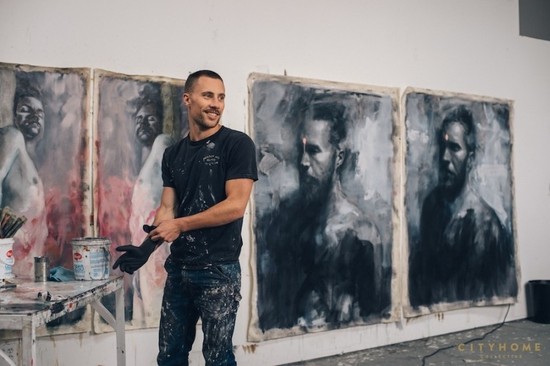 Playing Chicken: The line between beauty and tension in Andrew Moncrief’s “Unseen”

Moncrief stands in front of paintings featured in this month's exhibit. All photos by Kerri Fukui. A... 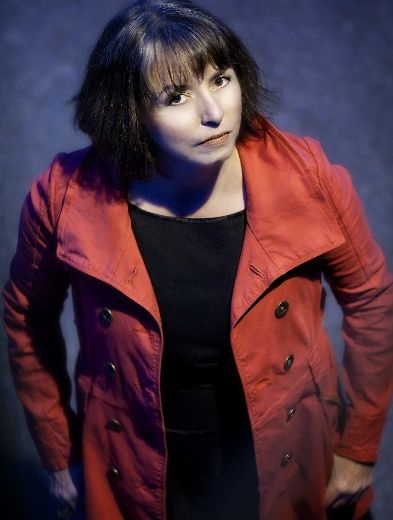 I was fortunate enough to attend a Lynn Miles show at Irene's Pub on Bank Street a few weeks ago. Ir...