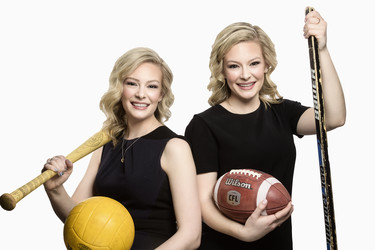 Timeout with the Twins talk family, new music and Tessa and Scott with Jim Cuddy

On Feb. 26, 2018 fans of Blue Rodeo front-man Jim Cuddy were invited to share in new melodic stories of love and loss – delivered in the familiarly plainspoken storytelling style characteristic of Cuddy – on his fourth solo album, “Constellation.”

Timeout with the Twins were fortunate to chat with Jim Cuddy for Ottawa Life Magazine about his new album, his family YouTube series ‘Growing Up Cuddy’ and The Jim Cuddy Band’s cross-Canada tour. Jim Cuddy: I think that as you get older you say a lot of goodbyes. When I write for my own records I write just at the time that I need the songs. I don’t ever want there to be an overlap with Blue Rodeo, there to ever feel like I’m holding a song back, so I really just end up writing about what has happened to me in the previous 18 months—two years. So, I did lose a friend, that’s the Constellations song. It is not only about loss, because I think also on the record there are an equal number of songs about the constancy of love, the balance, you know, if it is all about loss then what the hell is fun about life? Well I think there are a lot of love and constancy and people that are in your life that you are so grateful for. I think for me it is a very unconscious balancing act. I don’t think about it I just write about what I feel I want to write about and in the end I look and I see what I have done.

Constellation is such a powerful title track and it is a powerful album name. Can you explain to us the meaning of that name?

I lost a friend about a year and a half ago. When in the fall we knew he wasn’t going to win his battle, he wanted to go up to a little farm we have north of Toronto. He wanted to go up for the night, grabbed a couple of his friends and we went up and we had an epic night as you can imagine everybody together, very happy.

We drank so much it was just ridiculous. And, we got a little maudlin, and said, ‘We’re going to go outside and we’re going to name a star after you, Rob, so that we will always remember you when you’re gone.’ And we decided to make it easy we’d make it the handle of the Big Dipper. And we go outside and we’re standing on the lawn and we are so loaded that we can’t distinguish the Big Dipper from the rest of the stars. It’s a bright night and there is nothing obscuring the sky. When I wrote the song I wanted to put something like that in there because I have to sing this song every night and I want to think about something that is not just about the loss of my friend. That has to go in the song too but I want to talk about how vital he was when he was here so that is the essence of the song. And it came together beautifully to represent both the album and that one song.

I think it did, thank you.

We would also like to ask you a little bit about what you learned about yourself in producing Constellation, because it is an album that, as you said, is a balancing act between love and loss, so did you learn anything about yourself in the production of the album?

Well, that’s an interesting question. I think that, you know, I guess I am lucky that I participate in making art because I have to recalibrate myself every three or four years as I write songs. This is a different time of life for me, I’m less connected to my youth and I’m connected to my future and there’s a lot of reckoning that goes along with that. You know, I try to point out to my wife some of the songs that are about her and she doesn’t, she doesn’t see it.  So I think, ‘Well, maybe you’re not at the same stage I am.’ I think you just learn where you are in life, what’s happening and what you think the future holds.

Can you talk to us about the duality of emotions that you carry on stage, the excitement of having the boys with you while performing songs about love and loss?

I think that you put a story in every song and so that is the story you visit when you sing the song. I try not to do something that is going to make it difficult for me to get through the song.

Having the boys there is like having a fresh view of it all because we are very experienced musicians, the people in my band, we’ve done this and we know what it takes to get on the stage. The boys are learning that. So it’s been really interesting to watch them learn. It has been fun for me just in a personal sense to have them there because I sort of spend my mornings exercising then I get them up at noon and we go for lunch. And I like the social aspect of it, I like the way that they view the world…I just like watching their development as professional musicians.

Can you describe that feeling of watching your boys on stage as featured performers with The Jim Cuddy Band on tour? What is that feeling like as a father to see your boys following in your footsteps but also carving their own path at the same time?

Definitely carving their own path. I think the most satisfying part of it is how I watch them be professionals. It’s one thing to do it one night and two nights, it’s a whole other thing to do it thirty nights. It’s a whole other thing to do it fifty nights. Sometimes you don’t feel like you want to get all that enthusiastic, but you have to, because that’s what you do for a living. So it has been interesting to watch them develop a professional work ethic and also enjoy it, I mean it’s not a task, you know, it’s not putting up drywall. It’s a good thing to have to do fifty times. And they’ve been up for the task, absolutely.

In addition to Constellation and The Jim Cuddy Band on tour you have also started the YouTube series “Growing up Cuddy.” An element of that which we thought was very sweet was that you thought it was important to instill music in their lives in a very big way. So why was it important for you for music to be a part of their lives and why was something as simple as piano lessons something you wanted them to grow up with?

Yeah. I think that there are a number of languages you need to learn to be able to speak. You need tobe able to do something physical, you need to be able to do academics, you need to understand how these languages operate in the world and music is an important one. I think even if it’s just for pleasure, even if it’s just for recreation. I always used to say to them, nobody I know ever wishes they took fewer piano lessons. Everybody laments that they didn’t stick with it. We made our kids, its one of the triumphs of our parenting. We made our kids take piano lessons until they were 16. I wanted them to understand what it was like to make music and not necessarily because I’m a musician, because I’m inclined to do this regardless. I just think that it’s an important thing to understand; it’s an important world that exists outside of the world of finance, the world of politics, the world of academia. It’s a different world and there’s a lot of knowledge and there’s a lot of pleasure to be derived from it.

They don’t complain about it now. They did at the time.

They understand now why you did it back then!

I guess. I’m sure they’ll never say that to me. But one’s a piano player so what’s he going to say? So in touring together you’ve said that you’ve watched them develop a work ethic, you get to do Growing Up Cuddy and reflect on what it was like growing up as a family, is there anything you’re learning about your boys now that you didn’t know before you went on these experiences together?

Well, I think that there’s things I’ve always known about them but it’s reinforced, my eldest son has the kind heart and even though he’s the harshest of the two. The youngest is the smart mouth, which I relate to because I was like that when I was young. I mean, I see their hearts and I think they’re both in tact and it’s nice for me.

We always like to ask people that we’re interviewing to sum something up in three words, something that we’re discussing. But we know that for you the first line of a song is very important so we’ll leave it up to you if you’d like to choose three words or one line, could you describe 2018 for you so far and 2018 looking forward.

2018 has been about family and celebration and sickness, because we had a terrible sickness that I brought on the bus. So that’s been 2018, about family, musical celebration—if I can combine that as one word—and sickness.

Is there anything else you would like to tell us about Growing Up Cuddy, about your sons or about your album Constellation or about The Jim Cuddy Band on tour?

Growing Up Cuddy, we did it all so quickly I’d forgotten all about it and then somebody said, ‘You’ve got a YouTube series!’ I was like ‘What?’ It’s so funny. But the boys did well. That’s difficult to do. It’s difficult to reveal yourself in front of your parent in front of a camera, and they did it well. And without hostility! So I was happy!

We’re looking forward to the five episodes that have yet to be released and getting to meet everybody a little bit more! We were going to say, what should everyone expect from the remaining episodes, but…

I don’t know! We did it all at once so I don’t know what’s there. I’m going to have to look at them too.

Well, thank you very much for taking the time to sit down with us, we greatly appreciate it and we enjoyed talking Tessa and Scott, Constellation and Growing Up Cuddy.

It was very nice to talk to you two, too. Thank you,

And we know Ottawa is looking forward to seeing you on April 5, 2018!

By: Amanda and Brittany van Frankfoort 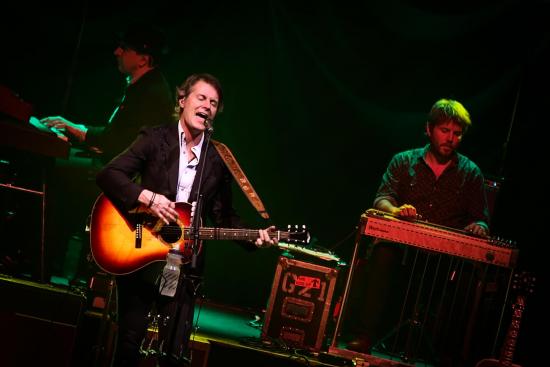 It's Been Over 30 Years but, for Blue Rodeo, It Hasn't Hit Them Yet

Jim Cuddy and Greg Keelor stand centre stage painted by a single spotlight. Surrounding them is another darkened concert hall, before them the adoration of an audience. 33 years down the road they are still there in the dark waiting for the music. 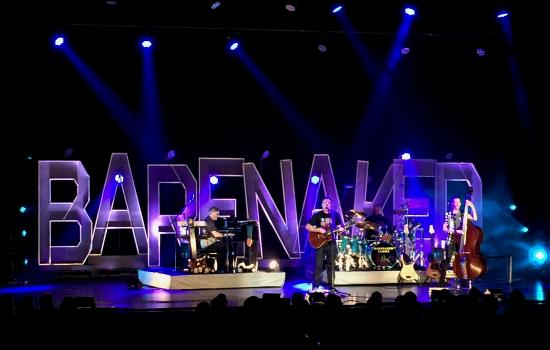 Fake Nudes, Real Laughs with BNL at the NAC

New cuts, old hits and lots of laughs with the Barenaked Ladies. 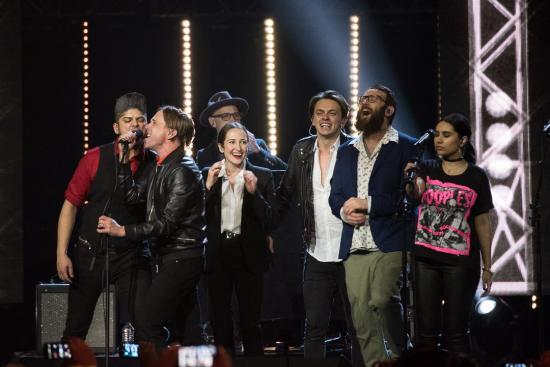