Singer-storyteller’s new album paints picture of Ottawa, then and now

ABOVE: Paul Weber being interviewed in his backyardbefore band practice.

A historic fire, homelessness, a bridge collapse, circuses, the Rideau Canal, a famous bouncer, and a comical explanation of mansplaining: singer-songwriter Paul Weber’s newly released album “Ode to Gerry Barber” has it all.

Two years in the making, each song on the album is rooted in Ottawa’s past or present, some chronicling epic disasters like The Great Fire of 1870, others showcasing colourful local characters and communities.

Weber has been a musician for over 40 years and spent the last two years digging through historic books and documents as well as connecting with locals, social workers, and historians to flesh out his stories.

The album features 11 tracks, of which Weber says he can’t pick a favourite.

“For whatever reason,” he says, “this group of songs has turned out that each song is kind of powerful on its own. And so my favourite changes day to day and, sometimes depending on what I'm singing,” he says.

Ode to Gerry Barber is the crowd-favourite, and Weber explains it seemed fitting to make it the album’s title track.

“This song originally started as a tale of my own misspent youth,” he says.

It recalls the larger-than-life bouncer from Hull’s infamously rowdy Chaudière club of the 1970s and ‘80s.

The bar on Alymer Street, dubbed “The Chaud” by its patrons, was the scene of rampant underage partying and was frequented by Weber and his age cohort. But to get in you had to make it past Gerry Barber, a kind but tough man with a reputation for being an unbeatable bouncer.

When Weber released the music video in 2018, he was quickly inundated with comments, likes, shares, and stories from folks who had encountered Barber, for better or for worse, in The Chaud’s heyday.

“I think there was about three or four hundred stories that came out within the space of a couple months and people sharing it way, way more than anything I’d ever done,” says Weber.

That song led him to meet Gerry Barber Jr., the eldest of Barber’s three sons.

“The way he was describing my dad was pretty well bang-on,” says Barber. “It was an honour to have somebody still remember my dad after the 30-some years that he’s been passed away.”

Barber even went to the studio with Weber to record some choice phrases his dad would use with bar-goers.

When asked what his dad would think about having not just a song but a whole album named after him, Barber chuckled and said: “Oh, he’d be laughing ear to ear. He wouldn’t even have the words to begin what to say about the song, because Paul did nail a lot of areas about my dad.”

While Ode to Gerry Barber and The Great Fire (of 1870) are among Weber’s most popular songs, he highlights Circus Parade as a lesser-known gem on the album, and for good reason.

“Circus Parade was one that we hired a horn section to come in and play,” Weber explains. “So that was kind of the one song where I thought, let's do something a little over-the-top.”

The song opens slowly with accordion to create an air of anticipation until, at last, jubilant horns escort animals and performers through downtown Ottawa in a magnificent procession. With the brass fanfare and an announcer echoing in the periphery it is hard to imagine anything but the grand circus that once frequented Ottawa in the late 19th and early 20th century.

The sounds transport the listener to a time when elephants and lions paraded down the streets in an exciting spectacle. When he next performs the song live, Weber has plans to further immerse the audience in a circus atmosphere.

“My original thought before COVID-19 was if we were to do a CD release, we'd hire a horn section to come in and play the song,” Weber says. “And I'd also hire a circus clown to come in and do some juggling through the crowd.”

He credits Ottawa singer-songwriter North Easton, his music producer, with the idea to project visuals connected to his songs during performances so, as Weber puts it, “people don't just have to look at my lovely face for the whole time.”

On August 17, Weber released a music video for The Great Fire (of 1870) on the 150th anniversary of the historic event.

In it, Weber  artfully tells the story of the devastating fire that spread across eastern Ontario from Pakenham, moving at staggering speeds and forcing people to take shelter in any water they could find. Ottawa was saved from the flames by mill-workers who broke the dam at Dow’s lake to slow the fire and, to this day, the Burnt Lands of Almonte serve as a reminder of the catastrophe.

On the joys of performing live, Weber says he misses connecting with the audience above all else.

“At a lot of my shows there is a lot of interaction with the audience and it's all unscripted — and some of it is just hilarious the stuff that happens,” Weber says. “I start telling a story and I realize there’s somebody in the audience that has a connection to that story.”

Each live performance offers a unique experience, with the video projections adding historical context and friendly banter between musician and audience lending a personal feeling to his shows.

“I’ve worked a lot over the years to try to build a live show that people would be interested in, so I have to just rethink that in terms of doing it online,” Weber says. “I'll try to incorporate a visual with the song as I'm performing so it's another technological challenge.”

Then, after a six month COVID-induced hiatus and nearly a three month delay, Weber’s trio has finally debuted the album.

The trio of Weber, Fecteau, and Lethbridge gathered in Weber’s backyard to do a trial Facebook live show a week before the virtual album release.

The trio performed eight of the album’s 11 tracks for an audience of over 30 live viewers to much praise and in less than 24 hours the video received over 1,300 views. Those who missed the show can still watch the debut on Weber’s facebook page.

Despite the limitations of COVID-19, it’s clear Weber’s music still strikes a chord with fans.

“It seems like everyone has a song that resonates with them,” Fecteau muses.

“It’s really something to see how people are touched because (a song) touches on their personal life and their experiences. I guess people feel proud that someone paid attention to that.”

Ode to Gerry Barber is an amalgamation of stories of Ottawa past and present, as Weber puts it, and whether Ottawans have driven past the burnt lands or pondered how the Rideau Canal came to be, they can connect to the music.

As an Ottawa local, Weber says he is annoyed by the media’s tendency to constantly refer to the federal government and Ottawa as one and the same, and in Ottawa Lament he sets the record straight by listing all the things that make our city great to show that Ottawa is so much more than the government town it’s painted as.

Weber also addresses issues like the ongoing fentanyl crisis in Murray Street Christmas and homelessness in Livin’ in a Rooming House.

“I think in every single song there is that kind of little community around it that it grew out of,” says Weber. “It’s like the communities are the soil that the song gets planted in.”

With this album, Weber says he hopes to provide people with heartfelt stories about their lives and communities.

“I've been singing and performing for 40 years and these songs still engage me on a deeper level than anything I've ever done before.”

Weber says when he gives life to these local stories instead of importing ideas or historical events from other places, it gives people from the Ottawa area a chance to see themselves in his songs and be part of a more intimate story.

Barber says people love Ode to Gerry Barber because Weber managed to capture the spirit of Barber Sr. and the whole Chaudière community in less than four minutes.

“Compared to today where things are really crazy . . .  this is a precious moment in a capsule,” says Barber.

As we find ourselves in the grips of a pandemic, perhaps there’s no better time to hear raw, local stories to rekindle a sense of community and shared experiences.

“I think that people are going through some hard things right now, and it's affecting a lot of people very deeply,” Weber says.

“They're looking at their own situation and their own challenges and the songs — I don't know if this is true or not — but I think the songs somehow connect to that desire to connect to something real in a time of trouble.”

Ode to Gerry Barber is available on bandcamp or if you email Weber at info@paulweber.ca he will hand deliver a CD to you (which also includes a link to download it). 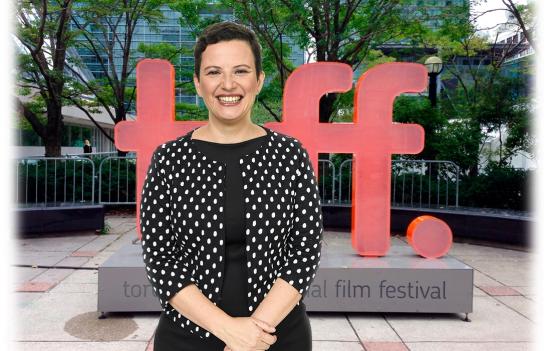 Interview with the Senior Director of TIFF — Diana Sanchez

Every year I have the pleasure of kicking off our coverage of the Toronto International Film Festival by interviewing someone from TIFF’s programming team. 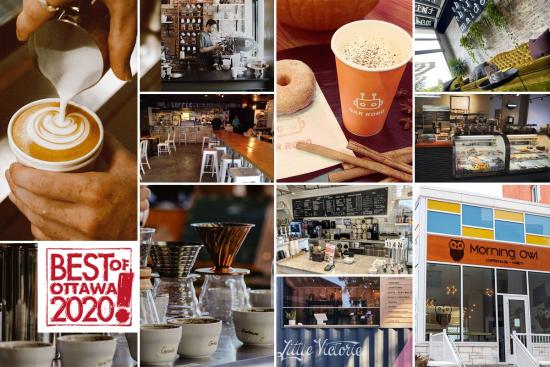 The Sheepdogs find a new normal