The Metaphysics of Sarah Slean

Sarah Slean bought the farm. For most, that’s probably something you are trying to avoid but for the musician it was a life-changer, one that came at a much needed point as she emerged from an exhaustive tour, the smoke and ash of a crumbled marriage and into an atmosphere where her relationship with music had become more toxic than tender. The fact that the farm, a pet-project she could retreat to, was a real fixer-upper was fitting. Both home and soul were in need of a new coat of paint.

“It was an old house on 26 acres that needed a lot of love. Fittingly, every cosmetic change I tried to make to the house just revealed more and more problems that needed fixing - so I finally just decided to gut it and start over. An apt metaphor!” Slean tells Ottawa Life as she tours Metaphysics,  an album released after a relatively long period of recording dormancy. She prepares today for two evenings of shows at the National Arts Centre. For an artist that has compared the usual rigmarole of churning out an album every few years as being akin to promptly jabbing a fork into an eye, the ability to glide into creativity at her own pace has remained exceptionally important.

“Music for me has always been a kind of emotional metabolism - it arises from those inner shifts/transformations that happen as a result of being a human living a life. Of course I could force myself to write and produce records and try to keep up with the break-neck pace but I don’t know what I would be writing about - the road? Studios? I think you must have a meaningful relationship with life in order to say anything remotely interesting about it in music. If I did make a record every other year they would probably be difficult for me to perform with any degree of authenticity. Some people can create regularly as ’technicians’ and ‘artisans’ - I greatly admire a lot of these artists, but that’s never really been my connection to music. My "way in" has always been through emotion, spiritually, wonder - engagement with the mystery of life. I would like to protect that sacred role that music has in my world. I don’t want it to become something I exploit or push around.”

While the spaces in between may not have been filled with the ins and outs of recording new music, it wasn’t as though Slean was far from the melodies. In fact, they were practically drowning her as she toured Canada and Europe twice for 2011’s Land & Sea and then proceeded to perform with orchestras and chamber ensembles afterwards. Often this endeavor would mean taking on challenging works like Schoenberg’s "Pierrot Lunaire", a piece she says took months to learn. While she admits diving into this pool after focusing on her own work for so long was refreshing, the musician also was finding herself at a point where the fire was going out. “It’s a fine balance - wanting to make music that is heard and has impact, but also not wanting to dilute or damage it in the process of getting it out into the world. To make work of substance I think you have to willfully disengage with the machinery of commerce and listen to Life capital L first and foremost - in particular, to those inner transformations I was talking about. You also have to commit to the idea that everything you write doesn’t necessarily need to be shared. And of course, you have to accept that the world may not embrace your work. Making art is often about enduring your own near-constant failure in the face of your ever-evolving expectations. The important part is that your expectations and standards are rising, and that your inner transformations continue. I think that really is the engine of this whole wonderfully insane vocation.”

While Slean will say no real catalyst moved her back into the studio, she is quick to point out that the farm was a sort of helpful cleansing that saw this album into the light. There, in the comfortable solitude, she heard the voices whispering again.

“I think in some very simple but crucial way I was going back to the earth. I needed to feel the seasons again and watch some vegetables grow. It had been so long since I had been still. I think I’d lost my connection to Life and knew that nothing good would happen until that connection had been re-established. We can get really wound up in our little ego projects and forget about the infinitely mysterious source from whence all the magic springs. You don’t last long out there if you don't come back to that source. You have to go back to the well. We all run on batteries. I think it’s important to remember that.”

Though the themes of adversity being a purifying force have always been a tributary running through her work, Metaphysics does appear to find Slean wading in more reflective waters. The song “Sarah”, for example, works as a dialogue to herself as she stands looking back on the end of her marriage to fellow musician Royal Wood and then towards the hopeful road ahead. While there are pebbles of sorrow on the path, the track soars with the knowledge that love is still out there.

“At the end of my marriage I had to confront a lot of the things - I wasn’t really ready to be married, that we did it for the wrong reasons, and that I ignored my own inner signals for a long time. Those are hard things to face, and you beat yourself up for them, for the wasted time. So yes I was thinking about all of those things. I wrote this particular song when I was in the middle of a new, very charged connection with a very troubled older artist. Although I was aware that such a level of intensity was not something I could manage at the time, I did feel something profound through our meeting. I think it reminded me that I was in fact still open to really powerful love…that I remembered what it should feel like.” “Every Rhythm is the Beat” tells of how she befriended a 31-year-old drug dealer on a GO Train a few years ago. She sat alone, meditating in an empty train car when the man approached her. With her eyes closed, she felt him, the menacing charge he was radiating, and when she looked up her first thought was that she was about to be robbed…or worse.

“I guess because I didn’t jump or scream, just said hi, sort of cheerfully, he sat down and we ended up talking. He told me about how trapped he felt in his life, about his desire to change his life - and he even cried in front of me. We corresponded for two years. He called me, randomly, one night at the end of those two years, when I was alone at home feeling angry about everything in my life and wanting to quit it all. He called to tell me that he was in the hospital for throat cancer and while recovering (after a surgery to remove half of his voice box) he had discovered, through the nurse’s bringing him books from the hospital library, that he loved words. He had fallen in love with poetry. And he wanted to write.”

To Slean, the irony was profound: “A guy with a literally broken voice had FOUND his voice, and was excitedly telling a SINGER (who was at that moment, taking it all for granted) that he wanted to write… It completely blind-sided me - the beauty and power with which the universe can speak to us.”

The experience reiterated her belief that the “entire world and everyone in it is a living thing - that we are all part of it - cells, so to speak, and our interconnectedness is not just a scientific fact but a vital philosophical truth.”

Though she hadn’t released any new music in some time, Slean’s audience had far from dissipated. In fact, it was them that helped the album along via crowdfunding. It was an incredible thing for the musician to see happen, stating that she is not only honoured to have held her listeners for as long as she has but, also, humbled by them.

“I think the relationship between the artist and the person who is fed / moved / changed / uplifted / inspired by the art is a magical one, and I hope I navigate it with some grace.”

Though the last few years have been challenging, creativity endures. She has her music but, also, paints and acts. Of course now she also has a different garden to tend. In all these ways, making something out of nothing remains exciting to Slean. As she returns to the stage, she does so “feeling happy to have great people to play music with and a great audience to bring it to … grateful, a little vulnerable, excited, all rolled into one.”

Last Chance to catch Up to Low at NAC

Babs Asper is a charming story about a boy’s coming of age in 1950s Ottawa Valley, Up to Low, based on the novel by Brian Doyle and adapted for the stage by Janet Irwin. 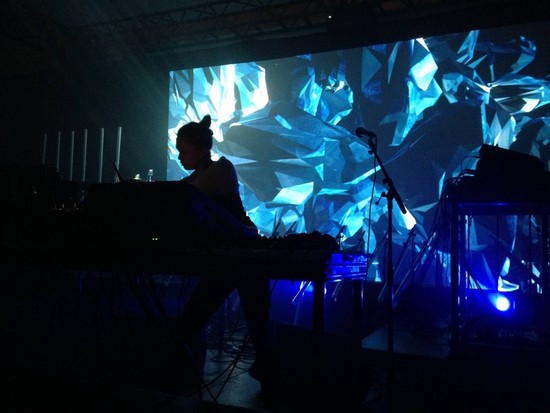 An Urban Getaway to Montréal’s 16th Edition of MUTEK

Farewell to the departed polar vortex. Outside, the drone of air conditioners is interrupted by fast...

Polish Day in Ottawa: how much do you know about Poland?

Honoring this consolidated relationship throughout history, Poland has prepared for all Canadians and residents in Ottawa a special presentation. The Polish Day in Ottawa is this Wednesday, 3 May 2017 at the Horticulture Building, 10:00 a.m. to 6:00 p.m.