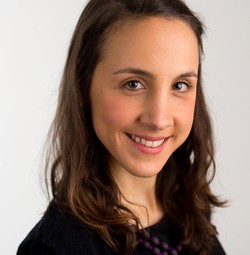 A unique distillery in Almonte has pivoted their business to respond to the COVID-19 pandemic. But that’s not the only interesting thing about it.

The Dairy Distillery was the brainchild of Omid McDonald, an entrepreneur whose past start ups range from medical devices to software for DJs. A visit to a micro-distillery in Charleston piqued his interest in distilling and he soon began making moonshine in his basement in his spare time. “I took some courses in the States but never really found anything that I actually thought could be a business or career,” he says.

One day he was chatting with his cousin, Neal McCarten, who had just come back from visiting his uncle’s dairy farm near Belleville. McCarten started telling him about all the milk sugar that was being wasted as part of the production process. “We were like hey – could we turn this into alcohol?” McDonald says. “That’s were the whole thing started.”

McDonald says humans have been making alcohol out of milk products for thousands of years. Genghis Khan drank a beer called Kumis, made from fermented mare’s milk in the 10th century. In the 1970s people started fermenting lactose to make ethanol for cars, and a handful of distilleries around the world have since started using that research to create spirits. However, McDonald says Dairy Distillery is the only distillery in the world that is using the specific dairy product called milk permeate, which is in abundance in Canada, to make alcohol. “It’s essentially milk without all the fat and protein that is viewed as a waste product,” McDonald says. “Rather than it being wasted, we turn it into vodka.”

It took a couple years for McDonald and McCarten to produce a product that was fit for market. They worked with researchers at the University of Ottawa to identify a very specific type of yeast that would work on the lactose and turn it into alcohol. “We distill it to 96 per cent alcohol and then dilute it to 40 per cent to make vodka,” McDonald says. “At that point there is no lactose in the alcohol at all.”

After building their distillery in Almonte it took them six months to refine the vodka for sale, eventually naming it Vodkow. Part of their process was to do a blind taste test with local restauranteurs and bartenders to see how Vodkow measured up against some of the most popular vodka brands. “Eight out of 10 people who sampled it chose Vodkow as their preferred drink in a blind taste test,” McDonald says. “It was a really great sign of success.”

Since Dairy Distillery opened in 2018 Vodkow has only grown in popularity. It is now available in over 200 LCBOs across Ontario and in liquor stores in Alberta, Nova Scotia and British Colombia. “The combination of a vodka that tastes a lot better than traditional vodkas along with the environmental story really resonated with people,” McDonald says. According to Dairy Distillery, the combination of using sustainable ingredients, efficient production and lighter packaging ensures that Vodkow has half the carbon footprint of regular vodka. 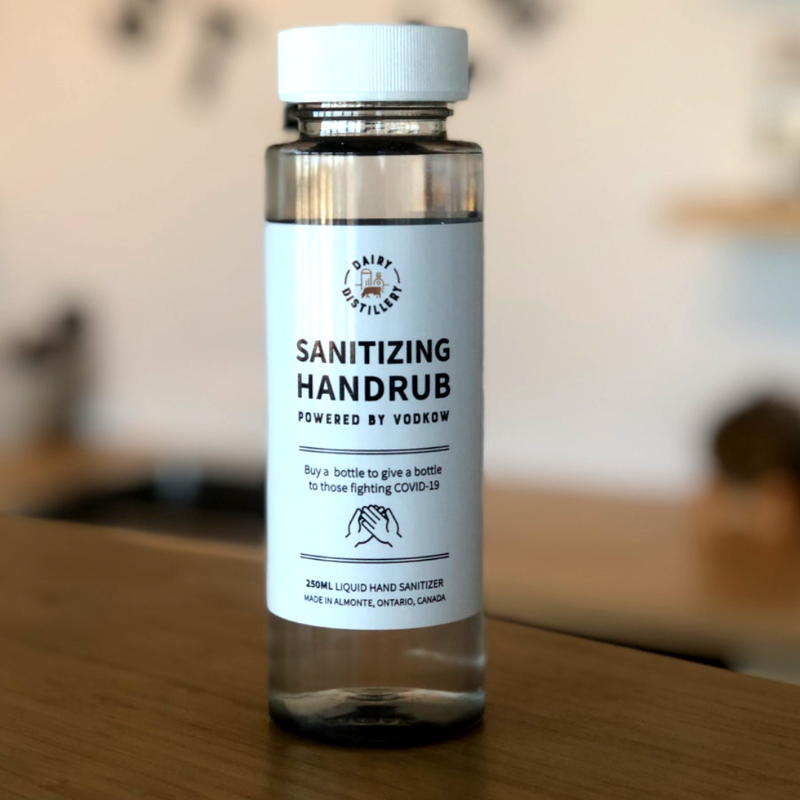 Despite their success over the past few years, uncertainty hit the Dairy Distillery in March when COVID-19 became a worldwide pandemic and Ontario declared a state of emergency. McDonald said he was thinking that he was going to lay off staff, especially if the LCBO was going to have to close. The idea of producing sanitizer instead of Vodkow was not on his radar until he started receiving calls from big institutions in Ottawa in a panic because they didn’t have access to the sanitizing products they desperately needed. “When The Ottawa Hospital calls asking for sanitizer there is only one answer,” McDonald says. “How much?”

Thankfully they already had the equivalent of 10,000 bottles worth of Vodkow ready to be bottled that they could quickly turn into sanitizer. “The only difference between vodka and hand sanitizer is that it’s double the alcohol,” McDonald says. To keep up with demand they focused their entire facility on sanitizer production and have been supplying large organizations like The Ottawa Hospital and the Department of National Defense with sanitizer as well as many small businesses and individuals. They also created a buy one, give one program where they donate a bottle of sanitizer to a frontline charity in Ottawa for every bottle purchase. To date over 25,000 bottles have been donated to charitable organizations like the Shepherds of Good Hope, the Ottawa Mission and the Ottawa Rape Crisis Centre.

When the Dairy Distillery started producing sanitizer they stopped making Vodkow as they didn’t want to produce both products in the same facility. However McDonald says that they have now acquired another facility close to the distillery where they will be moving the sanitizer production to allow them to start making Vodkow again.

McDonald says that while they have certainly been making the best of the situation, he misses the social interaction of giving people tours of the distillery and engaging in tastings. He says he loves showing people how they make their vodka and welcoming them to Almonte, with all its interesting shops and small-town charm. “We’re looking at ways to make the experience here this summer work for social distancing so people can come out and interact a bit more in a safe way,” he says.

McDonald says he is very thankful that they have been able to keep all their staff employed and even hire more people to help with the production of sanitizer during the COVID-19 pandemic. “We were blessed with an opportunity that allowed us to keep busy,” McDonald says. “That’s what I’m most thankful for – that we’ve been able to keep the team going. To be engaged and to help.” 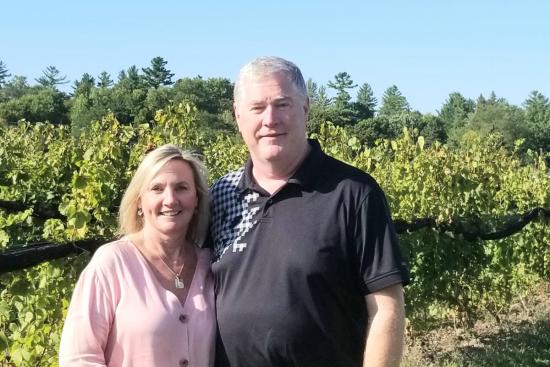 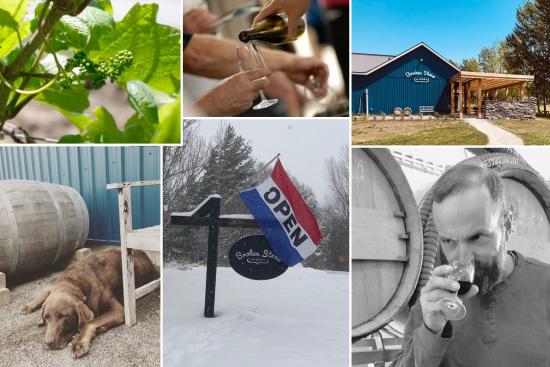 The snow might be piling up outside but Broken Stone Winery, located in the heart of the beautiful Prince Edward County, is open to warm you up on weekends all winter long! 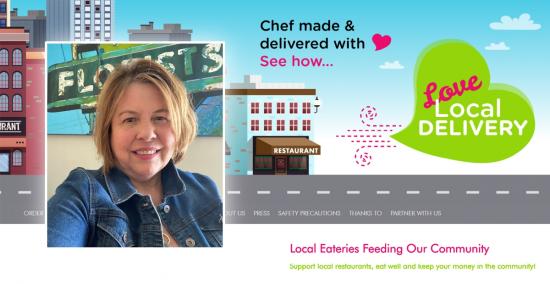