A Pearl of Jazz in Unexpected Places

All photos by Andre Gagne

You’re pushing your shopping cart through the produce section when, while reaching for that perfectly ripe avocado, you hear the beautiful sound of a saxophone playing “Angel Eyes”. It’s Ladies' Night at the Royal Oak and, where you might expect to hear some frantic Celtic music, your ears are met with the soulful sounds of that sax once again. The weekend comes and you decide to take a short trip out of town for a tasty meal only to now hear that sax leading a big band orchestra; three very different spots for one versatile musician.

The sax belongs to Davina Pearl, a woman who appears just as comfortable playing jazz in your local grocery store as she does in front of a 16-piece band. To hear her wail on her sax, you wouldn’t know that she really wants to play the trumpet.

“I am not  a saxophonist’s saxophone player,” says Pearl. “You can tell some people are really fascinated by the instrument, they want to get all into that. There’s lots of metal to flash around. Of course it’s cool, but I always envy the trumpet players who show up to a gig, pull out their axe and they’re ready to go.”

Her first instrument was neither sax nor trumpet. Pearl could often be found strumming her guitar on her front porch step and she reluctantly admits her early musical tastes leaned towards the glam and flash of disco. She has many fond memories roller skating around her basement with her younger sister.

“From my parents we got classical music and some very square Israeli folk songs. I remember listening as a family to lots of Tom Lehrer and musicals like Cats,” recalls Pearl. “A few years later I got all taken up with bands like the Beatles, Stones, Who, Pink Floyd, but, most of all, David Bowie. I was totally nuts about Bowie.”

In what became a pattern in her first steps towards her jazz career, Pearl took to playing an instrument not because it was her calling but, mostly, because it was there. A clarinet abandoned by her father found its way into her hands and she played that until, one day in high school, a surprised Pearl was given a saxophone.

“I ended up with an alto sax because that’s what my teacher handed me as my turn in line at the storage room came up. All the kids were just in a line at the door. It felt pretty arbitrary. Knowing that guy, he may have had a grand plan, but, if so, it certainly wasn’t apparent.”

An early boyfriend turned her on to jazz music. He played trumpet and the two would join the school band and spend many hours listening to records. Bowie now took a backseat to Dizzy Gillespie, Charlie Parker and Miles Davis.

“True confession, I was his very first girlfriend and his Mum was not impressed,” Pearl says of the relationship that sparked her love of jazz. “Now he’s the ambassador to Venezuela so she may have had a point.”

Her band teacher, Bob Cleall, would become a huge inspiration for the young Pearl often passing her new cassette tapes every week to listen to. He gave her the opportunity to play big solos and must have seen a lot of promise in her.

“They didn’t have jazz band for grade 9’s at the time. You were supposed to wait till grade 10,” explains Pearl. “The girl on second alto in grade 10 wasn’t showing up for practice, so Bob cut her and put me there instead.”

Though thankful for the teacher’s faith in her ability, Pearl remembers how intimidated she was playing with the older kids.  “It was still just the fall of the year when you’re new in high school and all, but as soon as I heard the sound of the band I forgot all about being scared. From the first few bars I think I was totally hooked. It was a very powerful feeling.”

At 16, Pearl started giving lessons.Attila Clemann, now an in-demand actor and playwright, and award-winning producer/musician Gavin Bradley were two of her students. Then, with only her high school experience, guitar/banjo player Dave Johnstone took her under his wing and together the two formed a band with bass player Gerg Horvath.

“Dave pulled me through some incredibly tough personal lessons. I was such a handful. That man has the patience of Job.”

Since then, she’s shared the stage with some of the best names in local jazz: trumpet player John Renforth, guitarists Vince Halfhide and Kevin Barrett, and pianist Art Lawless, to name a few. She’s been a featured performer at the Merrickville Jazz Festival and, when not playing, she can be seen taking in some late night jams at the TD Ottawa Jazz Festival or in spots like GigSpace.

Pearl says she doesn’t have any plans to record a studio album any time soon. For her, the passion is all in the experience of playing live.

“Once you start the canning process, much of that magic is lost,” she says. “For me, it’s all about being in the moment, sharing and connecting with the people in the room.”

That connection with an audience, no matter what the size, and that magic feeling she gets when performing live has had Pearl accepting some pretty interesting gigs.

Located about 70 minutes outside of Ottawa, in an 18th century home so quaint it could serve as a backdrop to a Jane Austen novel, Alexandria’s Georgian House Restaurant and Day Spa has had a big band house orchestra for nearly 20 years. Though she didn’t put the now 16-piece group together, over time she sort of just stumbled into the responsibilities of leading it.

“It’s a pretty special band full of people I adore. It’s a total labour of love for me,” she says and you can see it not only on the smile on her face as she signals the changes or highlights a soloist, but also in the audience who will sometimes will leave their supper plates to cool in order to dance.

Pearl maintains a strong connection with owners Heinz Kaswurm and wife Julie who continue to support the band each month, often looking on as they perform the standards with band vocalist Kathy Eagan. “They always make us feel so welcome. If anyone can find another Heinz and Julie, I’ll eat my reeds!”

When Wellington West’s Royal Oak was looking to bring in some jazz to counterbalance some of the more Celtic sounds usually found in these types of pubs, Pearl answered the call.

“It was a bit of an experiment at first. We weren’t sure how well it would go down. It’s not exactly your first thought when you imagine live music at an Irish-style pub. But it’s been an amazing success story.”

Every second Tuesday of the month, her regular trio, which includes Ed Stevens on guitar and Paul Soble on bass, usually fills the place. Not bad for a West end Tuesday night! Pearl gets a bit more experimental in these performances as heard recently with a jazzy tribute to her early music love, the late David Bowie.

Jumping around from various gigs, duos to trios and big bands, doesn’t faze the musician. In fact, she welcomes the changes.

“Sure, it’s all different, but as you grow it starts to be more the same. You start seeing more of the forest. One of the reasons I like to play with all sorts of different people is that it forces me to grow as a musician. Plus, I just like meeting everyone!”

Her most unique gig has Pearl performing for often surprised Saturday afternoon shoppers as well as a very receptive audience of pineapples, carrots and radishes inside Wellington Street’s Herb and Spice. She laughs thinking how many believe the music is piped in over the radio before turning the corner to see a live group performing in the grocery store. Suddenly you feel as though you are in a Woody Allen film, the jazzy soundtrack following you as you shop sometimes having to reach around the sax player to get to the potato chips.

“Playing in the store can be a lot of fun, not only for the adults but also the kids. I don’t have a lot of gigs where I can play for families and the kids are just fascinated, clapping. It’s a very honest experience with them.”

Pearl returns to the Oak with the trio, this time including bassist Neil Sealy and guest vocalist Martine Courage, on May 10 from 5-8. Or, you can do a little shopping and hear her perform with Vince Halfhide at the Herb & Spice on May 14 beginning at 2. There’s also the May 28 evening show at the Georgian House but be sure to reserve in advance. Really, though, you never can tell where she’ll show up next, sax in hand, ready to play.

“It’s very stimulating and challenging to play in these venues with all these different musicians of varying styles,” says Pearl. “It forces me to be a better musician, a bigger musician. That’s really exciting.” 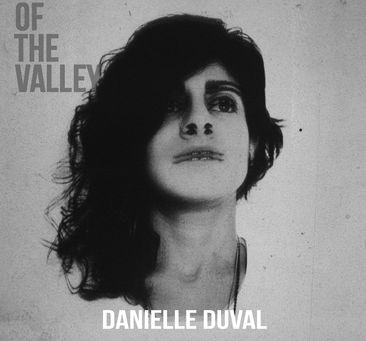 Danielle Duval's OF THE VALLEY

Danielle Duval's new album OF THE VALLEY is a solid and heartfelt collection of songs. Emotive, melo...

Travel Lightyears into the Future at Kontinuum

Kontinuum transports its visitors through space and time despite being just metres from the city's surface.

A pinewood frame, an herb garden, and a roof garden are just a few of the features on these custom d...