Beyond the Music with Wallis Giunta

Photos courtesy of Music & Beyond As Music and Beyond is going beyond the music by linking the festival to other art forms this year, Ottawa Life also goes beyond the performance by speaking to renowned opera singer from Ottawa, Wallis Giunta, and her father Mike Giunta.

There is a lot to say about Giunta and all that she’s accomplished throughout her career.  To name a few, she performed Mozart’s Sesto for the Canadian Opera Company, she held the title role for Opera North’s Rossini’s La Cenerentole and she was the title role in Toronto’s Opera Atelier as Dido in Dido and Aeneas.  Not to mention, she has performed with the Metropolitan Opera and has made several debuts in Europe.

Announcing Giunta to the crowd on July 14th for her performance will be her proud father, Mike. “It’s weird to be announcing my own daughter, but she doesn’t make it hard,” he said.

Mike looked back on his daughter’s musical career with us. “In our house, there was literally never not music,” he explained. “Even today if there isn’t music, we look at each other thinking what’s wrong.” At a young age, Giunta realized she could keep a note as she sang along with her music inspiration, renowned soprano, Maria Callas.

Mike tells us Giunta didn’t have a plan B, but she was focused and worked hard to improve her talent because she loved it. In 2013, she graduated from the Metropolitan Opera Lindeman Young Artist Development Program. A proud accomplishment, but the Metropolitan Opera’s high acclaim, and being in New York City was daunting for a young adult in the start of her career. “It was difficult to get out the door, it was difficult to get groceries, everything was difficult in New York.”

“I pushed through because of the amazing music teachers I had and it was a lesson that I can finally make sense of,” Giunta said.

Another lesson classical music taught her, is to be in the moment. “When you’re playing a tragic scene in a German opera you can’t really think about anything else.”

She carries this lesson with her through other aspects of her life too. When she’s with her family, she doesn’t think about anything else except for being with them. She’s looking forward to seeing them again when she’s back home for Music and Beyond, but she’s also excited to perform where it all started.

“Julian lets me go carte blanche with my performance pieces, and it’s great to see my music teachers who were there in the beginning.” 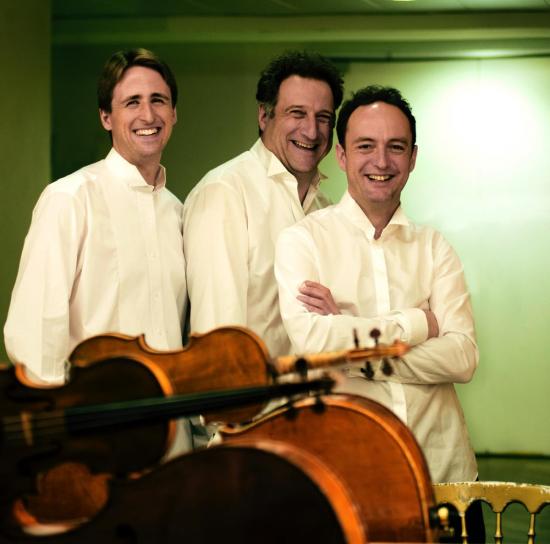 Music and Beyond Spotlight: The Vienna Piano Trio

From the beginnings of the Vienna Piano Trio in 1988, they have been recognized as a leading ensemble that links the old and new world together.

We talked to Pierre Kwenders fresh off his amazing TD Ottawa Jazz Festival set about blending genres, languages and exactly how he finds inspiration for his unique music.

All photos by Andre Gagne. It's year six and Ottawa’s popular Escapade festival continues to host...

This is a wonderful article; I heard Wallis Giunta in Opera North's Cenerentola and we've got tickets to hear her again in October (again at Opera North). There's a lot for people to take from this article: full on commitment to what you want to do, being in the moment when you're there rather than trying to split yourself and for musicians to fill your life with music. As for Wallis' family - you have every reason to be very proud.

I am so very proud of my granddaughter Wallis.....more often than not, my cup overflows....her talent, her beauty, her integrity and character - all positive...I am so pleased to be able to attend her presentations here at home....At 83 years of age I am so grateful to still be able to hear her voice and see her beautiful face.... May I say as well, how very proud I am of her loving and caring parents who willingly supported her in her dreams to become an opera singer. All are engraved in my heart as special ......