Capital Comedy Review —The drive-in experience and BCP is back

The relativativity of the perception of time is interesting to me. Like how summers when you were a kid seemed to last a lifetime, but as an adult two months can just fly by. I’m feeling this phenomenon when I consider the last time we had Derek Seguin on the Yuk Yuk’s Ottawa stage, all the way back in March. Given that we’re just finishing off July right now, four months doesn’t seem like too long ago, but in other ways an eternity.

Derek Seguin is super brilliant and I’m a huge fan of his comedy, as well as Derek as a person. He’s really great. We have the pleasure of hosting him on Yuk’s stage a few times per year and that is an honour. Just about each and every one of his tickets usually sell well in advance of his shows. Yuk’s also seems like a preferred venue for comics who want to record their albums as well for some reason. A considerable number of iTunes charting comedy albums were recorded in the club.

So it was very cool when we learned Derek was coming in March and had hired someone to record his latest album. Derek was scheduled to perform Thursday March 12th to Sunday March 15th and as the weekend grew closer, and the COVID began to rage, it was becoming apparent that things were not okay. Derek recorded his album, PanDerek 1st Wave, on the Saturday night, then Derek and the club cancelled the Sunday show and voluntarily closed in advance of mandates.

Yuk’s remained closed until four months later, reopening this past Friday with the advent of stage three in Ontario. For people like me, who are addicted to performing stand up comedy, that four months seemed very long. Venue closures forced people in the comedy community to be creative with their comedic outlets with online shows popping up, like Trevor Thompson who performed an impressive seventy episodes of Trevor’s Pad. Usually a staple of Yuk’s show lineup, it temporarily moved into Trevor’s actual Pad, and now back onto the Yuk’s stage every Wednesday.

Personally, I am not really good at sitting still, so when I could no longer go to work in person I got busy on some things I’ve always wanted to do. Things like cleaning my garage and basement. I built a website, chrisborris.com, check it out and also opened a store to sell tee shirts, trivialamusements.com, later expanding into soaps my hot wife Erin makes. I wrote a bunch and hung out with my kids, did my taxes and basically got my life together. I took advantage of the time to the best of my ability.

Four months of not performing seemed even more of a lifetime when the first opportunity to perform presented itself. Across North America, at the height of the pandemic, a new kind of show began popping up — the drive-in comedy show. I first regarded these in other cities with skepticism. People would honk approval instead of clapping. Then when I learned of an Ottawa version starting up, I was curious, and then finally when I was asked to be on a show, I became super excited.

That excitement quickly gave way to something I hadn’t personally felt in comedy for a long while. I was nervous like it was the first time I was ever performing and it might as well have been. These were new circumstances. I had done a lot of writing, and had some strong ideas about trying new stuff right away, but when I got there and saw the number of people in a surprising number of cars I quickly decided this was not a show for messing around. I don’t know the exact number but there were a lot of people in the audience.

The show was hosted by the very funny Sebastien Bourgault and featured some of the best comics in the city, as well as Los Angeles, Canadian Matt O’Brien and Ottawa’s own Julia Hladkowitz. I was up third and followed Adam Adjokatchar and David Brennan, both of whom did very well in spite of a months long absence. By the time I climbed up on the stage the crowd had been honking nicely for a while, and I started into my set.

I found there was a definite adjustment period for the first minute. I tried a couple of things off the cuff and without being able to hear a personal reaction it was strange. I took a meandering path but eventually got to my actual jokes and they got some honks from the crowd and then the rest started to roll pretty well until I forgot one of my favourite jokes, mid joke. That’s not ideal for sure but after a few supportive honks (yes there were different kinds of honks. It was weird) I pulled it together and kept going, and ended up having one of the best times ever on stage.

It was really cool and fun, and I hope they keep doing these shows because it was special. Friday July 17 also marked the beginning of Ottawa moving to stage three of the Ontario reopening plan, and while I was on stage outside, Yuk’s on Elgin was opening for business for the first time. The Mark Hatfield show was on Friday and Saturday. Yuk’s closed Sunday and Monday, but then we were back Tuesday night with Big Comedy Parade.

Big Comedy Parade is a collection of five local Ottawa performers in which I’m really proud to be included. I’m the boring old guy who basically does little more than speak mostly nonsense and some truth into the microphone. We have actor/impressionist/musician/comedian Steve Love, comedic musician and wearer of many chins Ashley Krawchenko, edgy magician Rynestone and we have Mitch who acts as a sort of lightning rod for negative energy. Had a bad day? Take it out on Mitch. You’re welcome.

Big Comedy Parade started as a staff show. All five of us were working at Yuk’s and we put on a show called Staff Infection, which a lot of people came to see. We were fairly successful drawing a crowd and the shows were incredible. I would put a BCP show up against any. They’re really special. Tuesday night at Yuk’s was no exception.

Probably the thing that surprises me most about Big Comedy Parade is how well we all get along. In an industry that is legitimately prone to attracting anti-social personalities, we five tend to work very well together. I can hardly recall any conflict between us other than general open hostility toward Mitch, but that’s a big part of his function anyway.

I’ve never been more happy to perform for twenty-one people on a Tuesday. Everyone did really well, including Mitch even though he brought notes up. I was impressed because I didn’t know he could even read so that was cool. In spite of the four-month break these people didn’t miss a beat. Everyone had some new material and it was working first time every time which is extremely rare. I forgot the same joke again at the same point which could have been embarrassing except Mitch yelled the next line of my joke from the back and then I was on track again.

The audience of twenty-one might as well have been one hundred. They were so good and supportive. It was in my opinion one of the best shows we’ve ever had. They didn’t miss a beat. Working with such a talented group of people seems to make each individual in the group constantly push to improve. I believe that’s what’s happening with Big Comedy Parade, and I also think people should come to one of our shows if you like to laugh and be happy.

A long time had passed since I’d performed last, but returning to the stage this past week has been almost correspondingly rewarding. I had a ton of fun. I was reminded why Ottawa is a superpower city in stand-up for the production of world class comedians. I was reminded why I love comedy and just exactly how good it is for me.

The next couple of weeks will be interesting at the club on Elgin street as we have fabulous comedian Kyle Brownrigg, July 23 to the 25. Sunday the 26th marks the beginning of the Mike MacDonald Summer Comedy Competition which is one of my favourite times of the year. Come out to one of those. If you’re interested I’m hosting all of the Tuesday shows. Finally, from July 30th to August 1st, we come full circle with Derek Seguin coming back to the club. Get tickets soon for all of these as they will go fast given that capacities are significantly reduced for customer safety.

I’m really looking forward to seeing Derek. It seems like it’s been at least three lifetimes since I last saw him. Thanks for reading. I hope to see you at a show. 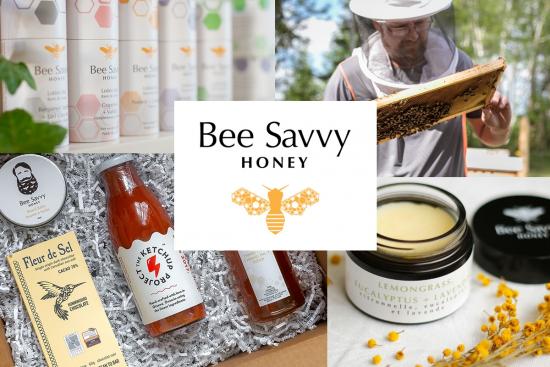 With healthy, all-natural and safe products, Bee Savvy is a perfect place to shop for yourself, your children and even your pets. 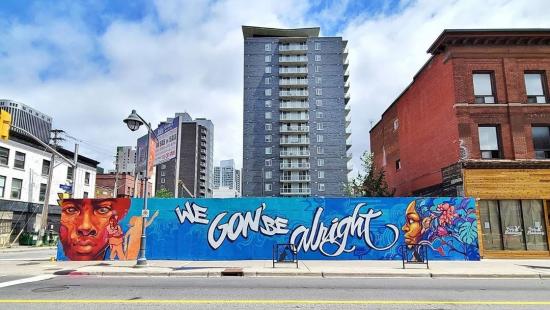 Head to Bank Street to check out Ottawa’s new mural

Three local artist team up to produce a mural to share some love. 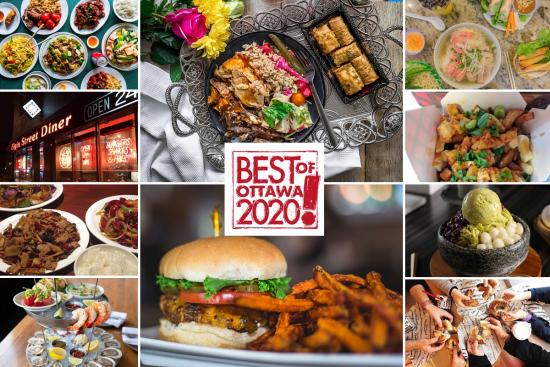 In this weekly series, we share our picks with you — our top hotels, live music venues, local brews, bands and more. Check, share and discuss #OLMBest every week!