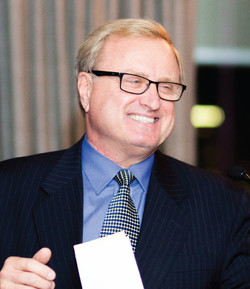 This is Sergio Marchi’s fifth article, in a series of weekly election analysis and reflections.

One week to go. That’s all the time left for political leaders to make their closing pitches for votes.

At the start of week four, Nanos Research had the Liberals back in the lead, by a margin of two points (34 per cent to 32 per cent), over the Conservatives. The NDP clocked in at 21 per cent. Similarly, Trudeau reclaimed the lead in terms of leader preferences.

Trudeau’s bounce appears to have come from the first leaders’ debate. The audience apparently liked his engaging, combative style. As well, the PM profited from his attacks against the PC’s promise to repeal some of the handgun laws. Under pressure, and seeing that it was bleeding away support, O’Toole reversed positions. It also doesn’t help that his campaign manager is a former lobbyist for the National Firearms Association, allowing Trudeau to allege that the PC leader has a ‘secret deal’ with the gun lobby.

Liberal Minister and former Toronto Police Chief, Bill Blair, was also brought in to criticize the Tories, as he enjoys considerable credibility with the anti-gun constituency. Liberals definitely smell blood. Given the emotions that are associated with this file, and the uptake in mass shootings in recent years, this can prove to be a slippery slope for O’Toole. Even after back peddling, will the public trust him? Gun control can prove to be a powerful wild card in the remaining days of the election.

In addition, Covid continues to be a critical concern. Trudeau hammered away at O’Toole’s soft approach when it comes to vaccines,  claiming that testing is no replacement for mandatory vaccines. The Liberal leader promised that a federal vaccine certificate would be deployed. As well, when pressed, O’Toole refused to answer how many of his candidates were not vaccinated. I thought he looked weak and evasive. As the 4th wave of Covid picks up in intensity, his stand will not exactly endear him to the 80 per cent of Canadians who have been fully vaccinated. Another potential slippery slope.

Plus, the angry and uncivil anti-vaccine protestors that are greeting Trudeau at his campaign stops, could actually be helping his cause, as they generate sympathy and frustration among Canadians. Personally, as a fully vaccinated Canadian, I have had enough with the roving mobs of anti-vaxxers targeting Trudeau, hospitals and schools. They are an embarrassing, selfish, and irresponsible bunch. They are endangering their neighbours; clogging up the hospitals; exhausting front line workers; taxing the healthcare budgets to the tune of $23,000 per patient, on average; and displacing those who have been waiting for surgeries for months and sometimes years. Enough already!

I am equally appalled by politicians who coddle them. If I were Singh or Trudeau, who have showed the most will on vaccines, I would raise royal hell in the last week. Not only would they be right to do so, but there could be lots of votes to be had.

But the highlight of the week were the two leaders’ debates. The back-to-back contests provided an enormous platform for them to make their case before large audiences, as well as zeroing in on the perceived weakness of their counterparts.

Between the two debates, the calling of the election remained an irritant, with all the leaders taking their best shots at Trudeau. Health transfers, child care, climate change, and gun control, also received a-lot of airtime.The Green Party leader, Annamie Paul, made her first appearance on the big stage, and I thought she held her own quite well. She looked poised and came across forcefully.

In the French language debate, the most animated moment was when Trudeau charged that the BQ leader does not have a monopoly on Québec interests.The Liberal leader reminded him that he his a proud Quebecker, and a Québec MP, and that he too speaks for the province. The exchange reminded me of the epic battles between Pierre Trudeau and René Lévesque, especially during the first referendum. Like his father, Justin showed backbone.

In the English contest, the same issues surfaced, but there was one big loser — and that was the format and the moderator. There were far too many questions and issues to cover. Moreover, the moderator interrupted so often, that she tripped up the flow and tone of the evening. It robbed candidates of the opportunity of challenging each other. The two hour session amounted to individual, hit-and-run statements. And because every incumbent PM enters the debate with a giant bullseye on their back, this unfortunate arrangement hurt the PM the most. And his body language didn’t hide his frustration and stress at not being able to land any serious blows. For O’Toole, it was a huge reprieve.

Following the debate, Québec Premier Legault lashed out at the Liberal, NDP and Green Parties, calling them “dangerous” for his province. I thought his interjection was unwarranted, blatantly partisan, and over the top. The question is whether his popularity will move the dial in some Quebec ridings? Or, can it backfire for O’Toole outside Quebec?

The Premier also asked for an apology from the moderator, over her question that alleged several provincial laws were discriminatory and racist. I agreed with the host’s assessment, but Legault tried in vane to make it a cause célèbre. Again, over the top. However, if this issue catches on in Québec, it will definitely aid the BQ.

Just before the French debate, the Tories finally released the cost of their platforms. They propose $51 billion in new spending for the next five years, which would create deficits more or less on par with the Liberals. The NDP’s platform bill comes in at some $200B in new spending, which is fiscally scary. No wonder they wanted to hide the figures as long as possible!

On the economic front, the Liberals welcomed the Statistics Canada’s report that over 90,000 jobs were created during August, bringing employment levels to pre-Covid days. As well, the government managed to airlift more Canadians and Afghans, with the help of the Quataris. Two snippets of positive news for the Liberals.

Throughout the week, the polling numbers were very fluid. By the weekend, Nanos had the Liberals ahead by 3 points. With the margin of error, and given the variety of other polls (the CBC poll tracker, for example, have O’Toole up by just .2 per cent), the race is deadlocked between the Liberals add Tories. It would appear that we are headed for either a Red or Blue minority. If it’s the former, what will Canadians think of having gone through the effort and expense of an early election only to have the same result?! Expect O’Toole to address that conundrum on the hustings.

Yet, we know from past campaigns, that it is foolish to make any assumptions. Unforeseen events, errors or issues can still quickly and decisively alter the race in the stretch run. For example, over the weekend, the SNC affair was thrust back into the discourse, much to the consternation of Trudeau, with the publication of Jody Wilson-Raybould memoirs. You just never know. If there is one consistency in politics, it’s the unpredictability of it all.

Over the weekend, each Leader will have huddled with their strategists to determine which regions they will visit in the finishing sprint; what policy issues they will highlight; how to approach seat-rich Ontario and Quebec; what and how many ads to run; how to best organize their partisans to get the votes out; and which leaders they will target. They will sharpen their focus, and endeavour to make every minute and statement count.

In short, they will all march to a well defined plan.

But, as the joke goes, “If you want to make God laugh, tell him about your plans”. We’ll see what the political Gods have in store for the candidates in these final days.

The Hon. Sergio Marchi has served as an elected Municipal Councillor, Member of Parliament, Minister, and Ambassador.

By: The Hon. Sergio Marchi 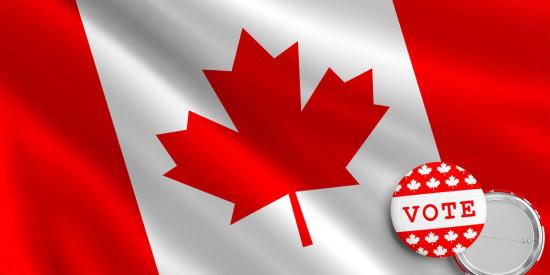 When you consider that the PM enjoyed an 18 point advantage when he called the election, the Conservatives have generated an impressive wave of momentum.

By: The Hon. Sergio Marchi 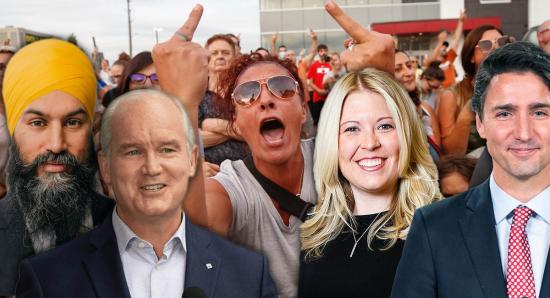 A call for a return to civility in Canadian politics

We need to stop this awful hyper-partisan toxicity and the demonizing of each other that has grown in recent years. The tone is set at the top. There must be a return to a level of respect and civility in our politics. — Dennis Mills 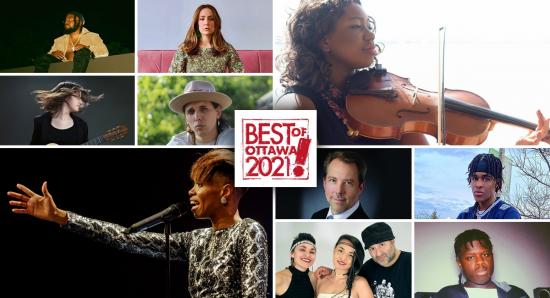