Les Misérables redux is still “Master of the House”!

Ottawa fans of the popular musical phenomenon Les Misérables no longer have to wait “One Day More” to return to the streets of 19th century Paris.  Just in time for a “Heart Full of Love” Valentine’s Date with your sweetie, all the romance, action, drama and songs even George Costanza can’t get out of his head return to the National Arts Centre this week for an eight show run courtesy of Broadway Across Canada.

Best pack your tissue, folks, because this show still packs a musket barrel full of punch. it doesn’t just tug at your heartstrings, it rearranges them into a new emotional paradigm that makes you weep, smile, laugh and cheer all within in rapid succession. Les Mis is one of those rare musicals that seemingly consist of only of show-stopping numbers. Songs like “I Dreamed a Dream” and “Bring Him Home” are now iconic and this cast holds their own with the popular source material in often surprising ways. Nick Cartell’s Jean Valjean is a more intense version of the character than previously seen (and that's saying something considering he's been played by Wolverine!). He places emphasis on words and syllables you won’t find in the cast recordings that add more punctuating pop and momentum to his scenes. His voice often wildly thrashes away at the more tense moments between the convict and his relentless pursuer. But Javert is not the only one to feel this Valjean's wrath as Cartell, during “Bring Him Home” outright battles God, finger jutted towards the heavens, in an effort to save the life of his daughter’s young love. You can feel the heavens quaking in fearful rebuttal.

In a similar vein, Josh Davis brings out all the beautiful menace in the villainous Javert but firmly clutches the conflicted side of the character bordering on an empathy that is madenning. There is seldom black or white in this show. Our "villain" battles between his belief in justice and confusing compassion in a place both internal and external he doesn’t understand anymore. “The law is inside out. The world is upside down,” he shouts as he gets closer to the end of his tether and Davis makes you feel it. Of course,  Les Misérables does supply the right amount of comedy when things look their bleakest. Cue Allison Guinn and J Anthony Crane who come close to stealing the show every time they're on stage with their hilarious portrayal of the Thénardiers. Who knew the gargling wail of a what could be akin to a dying seagull in a blender could be so joyful to hear? Well bellowed Madam Guinn!

Still, while long time fans may be able to sing every word from the opening “look down” to the tear jerking finale, to even for the most devoted lovers Alain Boublil and Claude-Michel Schönberg’s production, those Parisian streets may look a little different this time around the block. Turning Victor Hugo’s 1,900 page epic novel following the life of Valjean from convict to fighter in the Paris Uprising of 1832 into one of the longest running musicals ever to grace the stages of now 44 countries had to be considered a gamble. One might not think that a show with “miserable” in the title would pack the house but pack it it did time and time again. It is now estimated that more than 70 million people have seen the production in its 32 years of touring. More recently, a new generation of audiences were introduce to the tragic Fantine, lovers Cosette and Marius, lonesome Éponine and students at the barricades by way of the Oscar nominated Tom Hooper film in 2012.

Much of the original production has remained intact over the years from the memorable turntable stage to the familiar choreography of the first act climax. However, like Phantom of the Opera, the producers felt it was time to bring the show into the 21st century. The results, of course, didn’t need to breathe new life into something that had taken on one of its own over the decades. Les Mis was still very much alive, kicking and, like the young Gavroche, as spirited as ever.

The differences will be noticed right from the start. The biggest change is the removal of the rotating stage that served as the centerpiece for past productions. In its place are mammoth reconstructions of the Paris ghetto and other locals in the form of conjoining towers that pull away as the scene dictates, often to reveal something even grander behind.  Also, new effects best utilize advancement in tech since the show’s 1980's beginnings. During the battle at the barricades, for example, bullets seemingly wiz by your head in surround sound punctured by explosions throughout the theatre for a more immersive experience.  The highlight for Hugo fans will be the usage of his lesser known work as an artist with backdrops modeled after the writer’s seldom seen art pieces. For years, this side of him was kept out of the public eye by Hugo himself who feared his art would overshadow his literary work.

So, do fans need to fear the new version of what they have grown to love in its already cherished incarnation (we’re looking at you, Star Wars!)? In a word: no. In two words: hell no. The gloss and touch-ups are not about alteration but accentuation and, while keeping the framework of the familiar, the show somehow feels fresh, born again and even more stunning to watch unfold.

Les Misérables redux is still “Master of the House”! 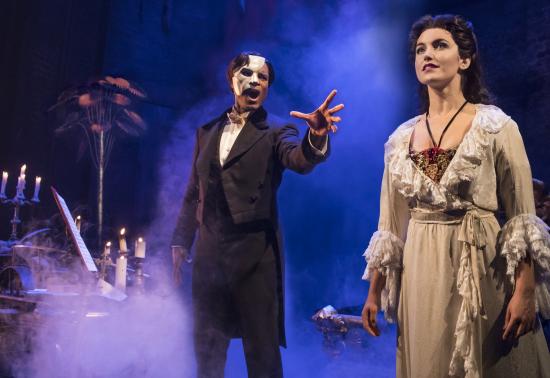 Like a marvelous antique chandelier fitted with new electric light, The Phantom of the Opera benefits well from a technology upgrade. 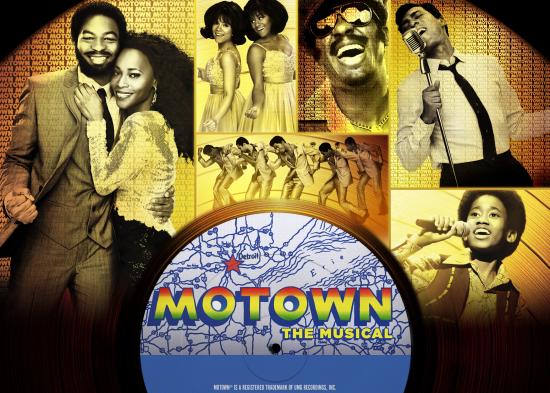 Bruyère and Broadway Set to Get You Moving and Shaking For Health Care.

Stop in the name of music! Broadway is coming to Ottawa byway of the Motor City with enough hits to have you dancing in the seats. 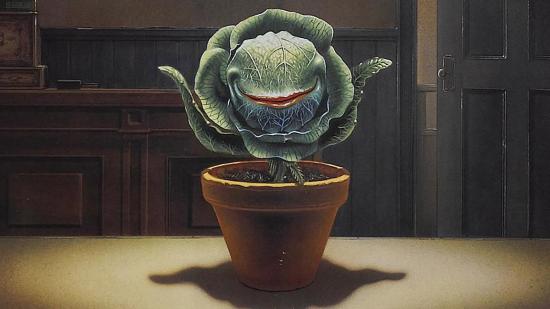 There’s a strange thing happening at the theatre and it’s all because of one leafy green patron that was found, you know, stuck in among the zinnias. It may offer you fortune and fame, love and money and instant acclaim. But whatever it offers you DON’T feed the plant. That’s just the lesson another Seymour Krelborn is going to have to learn the hard way when the Gladstone turns into a Little Shop of Horrors.