Controversial cases always make for controversial verdicts and help advance the debate about the role of the courts, lawyers, justice, the justice system and righteousness in our society. Ottawa has been home to many contentious cases over the past several decades. Here is a subjective list of our Top 10 legal cases.

In perhaps the most recent case featured in our top 10, the Mike Duffy trial ended on its 60th day in December. On July 17 2014, the RCMP charged Duffy, a former journalist and senator, with bribery, frauds on the government and 29 other charges related to Senate expenses. Represented by lawyer Donald Bayne, Duffy's trial ended with Bayne electing to call no more witnesses to the stand. All that remains of the trial is for lawyers to sum up their closing arguments, which will most likely take place in late February or March, and then it's all up to Justice Charles Vaillancourt to reach a verdict.

2015 saw a much anticipated court case come to trial in the Supreme Court of Canada.The Supreme Court was asked to determined if 200,000 Métis and 400,000 non-status Indians in Canada have the legal right to be treated as "Indians" under the Constitution Act. Launched in 2009 by prominent Métis leader Harry Daniels, the case did not go to trial until 2011. Métis lawyer Jason Madden represented the Métis National Council, helping to successfully argue that the Act was broad enough to include all Aboriginal peoples.

In 2009, Ottawa witnessed something the city had not seen in 120 years: a sitting mayor on trial for election-related charges. Larry O'Brien, represented by criminal defense lawyer Michael Edelson, faced two charges relating to allegations that he illegally tried to persuade mayoral rival Terry Kilrea to drop out of the 2006 race. O'Brien was acquitted on the charges and peacefully returned to office to serve as mayor until 2010.

This was hailed as a landmark case in Ottawa in wrongful dismissal lawsuits. In 2014, Clifford Douglas Beatty, represented by lawyer Graeme B. Fraser, sued a Kanata company, Best Theratronics, after his employment was terminated. At the time, Beatty had worked for Best Theratronics for 16 years and was 58-years-old. The judge concluded that Beatty had been entitled to 16 months notice of termination and that the company failed to submit any credible evidence that Beatty failed to make reasonable efforts to find new employment.

In 1996, the Health Services Restructuring Commission was given a mandate to improve the health-care system in Ontario. This was bad news for Ottawa's Hospital Montfort, Ontario's only French language teaching hospital, and one that offered bilingual medical services (as designated under the French Language Services Act). In 1997,The Commission issued a notice of intent to close the hospital (and later, reduce its budget and services) which sparked plenty of anger from the public who relied on its francophone services. Former Vanier mayor activist Gisele Lalonde led the crusade to keep Montfort afloat, presenting arguments based on administrative law and equality rights under the Charter of Rights and Freedoms.Two years later, the Divisional Court made its ruling, finding that Montfort's designation under the French Language Services Act gave the francophone community a "truly francophone environment," squashing the Commission's plans once and for all.

In 2014, Ottawa lawyer Richard Warman launched a lawsuit against the webmasters and two commenters of the website freedominion.ca. The defamation case lasted six years. Warman was known for his use of the now-repealed Section 13 of the Canadian Human Rights Act to launch complaints against those he alleged had posted hate speech online. Freedominion.ca had been openly critical of Warman's complaints, and a jury found 41 statements on the website regarding Warman as libelous. The jury ordered the defendants to pay $42,000 in damages, as well as $85,000 in costs. The website was banned from publishing any of the defamatory statements.

In 2014 Calypso Water Park was on trial on 20 charges under Ontario's Technical Standards and Safety Act, one that governs amusement park and water park operations. Calypso was represented by lawyer Lawrence Greenspon.Prosecutors withdrew nine of the charges due to lack of evidence. The park was later found to be guilty of six out of the remaining 11 safety-related charges.

In 2011, Pembroke dentist Christy Natsis struck and killed the driver of a truck, head on, on Highway 17. Natsis' blood alcohol level was nearly two-anda-half times the legal limit (however, the readings were removed from evidence after the judge found provincial police violated her rights). The case went to trial that year, and the jury reached a conclusion in 2015 when Natsis, defended by lawyer Michael Edelson, was found guilty and sentenced to five years and 40 days in prison, as well a four-year driving suspension.

John Barbro, a former correctional officer at the Ottawa-Carleton Detention Centre was acquitted in an alleged 2010 beating of a prisoner, Jean-Paul Rhéaume. Barbro could not be correctly identified as the single perpetrator in the alleged incident, although Barbro was the only guard who was fired after the alleged incident occurred. Through his cross-examinations, defence lawyer Michael Edelson exposed a "code of silence" among guards,and accused the internal provincial government's investigation as one that had "tunnel vision," with investigators exclusively targeting Barbro and rejecting any evidence in Barbro's favour.

The case of Romeo Phillion is a benchmark case for the wrongly convicted. It all began on August 9, 1967, when an unknown assailant stabbed a firefighter, Leopold Roy, to death. Ottawa Police placed Phillion in a police lineup after he matched a description given by Roy's wife. After a positive identification was unable to be made, Phillion was let go. In 1972, Phillion, once again, found himself in trouble with the law after being arrested for an armed robbery of a taxi driver. Although the crime was completely unrelated to Roy's unsolved murder, Phillion confessed to the crime. It was later found that Phillion's false confession was due to an anti-social personality disorder. The trial began on October 16, 1972, and Phillion's lawyer Arthur Cogan failed to prove his innocence. Roy was sentenced to life in prison. In 1998, Phillion's case took a turn when his parole officer handed him an envelope containing police reports prepared by an investigating officer in his case. The report provided Romeo with an alibi: a detective had spoken to a Trenton service station operator who confirmed the Phillion had been in Trenton between 12 and 1 p.m., the day of Roy's murder.This made it impossible for Phillion to have returned to Ottawa by 2:45 p.m., the time the murder was committed. After a lengthy re-opening of his case, Phillion's conviction was overturned and he was ordered a new trial. Phillion's name was cleared in April 2010, on his 71st birthday. 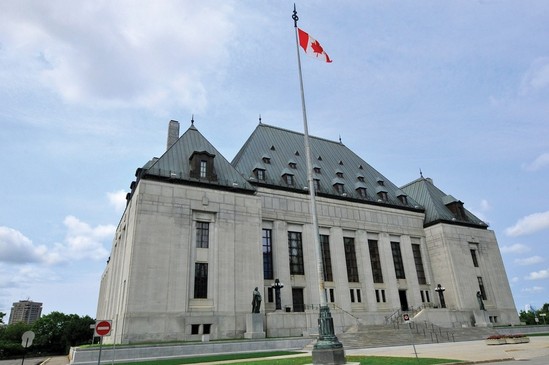 Ottawa Legal The Big Picture: Ottawa Law Firms are Amongst the Best in the World

It is the trade of lawyers to question everything, yield nothing, and talk by the hour. — THOMAS... 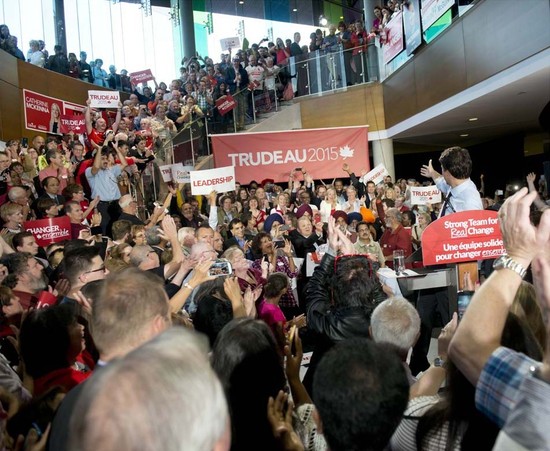 Liberals Have Plenty of Talent to Make Up Gender-Balanced Cabinet

Photo by Jean-Marc Carisse. Justin Trudeau promises to have gender parity in his cabinet. He announc...

What is Crowdfunding? Crowdfunding is the practice of funding a project by raising a series of small...