The Force Awakens in the National Arts Centre Orchestra

The theatre lights dim, the screen goes black and the famous line of light blue text fades in: A long time ago in a galaxy far, far away. Then, in a bright flash of yellow, STAR WARS bursts onto the frame and the text scrolls out into the infinite darkness. This begins some of the most iconic, successful and loved films in the history of cinema.

But these words are just be silence on a screen. Before the lightsabers, Jedi, Sith and action-filled battles, one piece is needed to really transport us into that galaxy far, far away. How could we even begin to imagine the opening of a Star Wars movie without the glorious "Main Title" score composed by John Williams?

“The John Williams musical scores are the soul of Star Wars, and a window into the hopes, dreams, fears and emotions of its characters,” says Charlie Ross, creator of The One Man Star Wars Trilogy and co-host of The Music of Star Wars beginning its three night run tonight at the National Arts Centre. To Ross, who had seen the original trilogy over 400 times by the age of ten, the music of the series is more than something that just informed viewers how to feel. It’s a musical expression of the characters themselves.

The coming release of Rogue One: A Star Wars Story will be the first film in the franchise not to be composed by Williams. He's probably okay with leaving this one in another's hands. He is, after all, the most nominated composer in the history of the Academy Awards. He had already netted two wins and eleven nominations (he now has 50!) before director Steven Spielberg made the suggestion to friend and fellow director George Lucas that Williams would be perfect for his ambitious 1977 space epic.

Lucas knew his movie would show audiences foreign worlds, space battles and alien characters and wanted his score to be as epic as his vision of the film. He also wanted his characters to have their own themes (or leitmotifs) so that they would be recognizable not only by their appearance but also by the soundtrack. You would be able to close your eyes and know when Luke Skywalker or Darth Vader were on the screen. Not like you'd actually want to close your eyes or anything (well, maybe for Jar Jar!).

“The entire score is simply a rousing  classical journey, full of memorable themes,” says Ross. “It’s like a cross between lonely dreams and high adventure.”

Two months before the film’s May 25 debut in 1977, Williams conducted the London Symphony Orchestra for a soundtrack that would include some of the most popular movie music ever written. Outside of the most recognizable “Main Title”, the score had “Princess Leia’s Theme”, “Imperial Attack” and the quirky “Cantina Band” theme.

The score would net Williams his third Oscar win and launch his collaboration with Lucas on the other films in the franchise. Star Wars would, of course, become a cinematic juggernaut that would blast through other mediums as quickly as the Millennium Flacon going into hyperdrive! Everything from toys to bed sheets would find themselves linked to Star Wars memorabilia. The score would not be exempt becoming one of the most popular albums of the year. Even its disco treatment by the band Meco hit number one on the charts and remains the biggest selling instrumental single of all time. Williams score would be entered into the Library of Congress National Recording Registry in 2004. On the wings of a new Star Wars film landing in theatres next week, The Music of Star Wars is flying into the NAC for a dynamic presentation.

The orchestra will not only showcase some of the more known pieces of the franchise but also dig into the Star Wars video games.

Ross, who will be hosting alongside Émilie Fournier,  has been memorizing the libretto which tells some of the history behind how Lucas and Williams brought the score into cinema history.

Though he will also be performing sections from his hilarious one man production where he is not only the characters but the sound effects and music, this will be the first time he does his act underscored by the real thing.

“It's nice that I don't really have the responsibility of carrying the audience through the show,” says Ross.

“People are coming to hear the music of Star Wars and I just happen to be there as a narrator. There has been a lot of consideration going into this project. A person wants to entertain rather than potentially annoy a Pops concert audience.”

The Music of Star Wars runs between December 8 and 10. Tickets for the event have been selling fast but the Force may be strong with you in still obtaining some if you do (or do not, there is no try) act now! 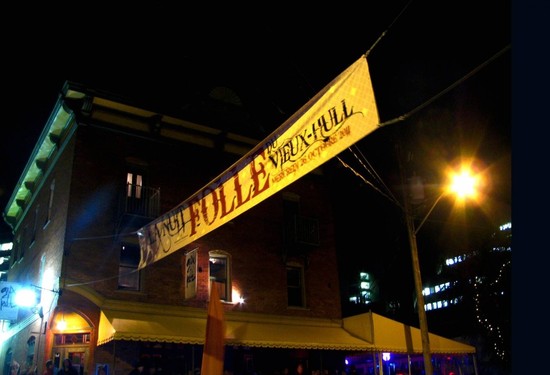 Le Petit Chicago Getting Back in Style

Walking through the old streets of the Le Vieux-Hull sometimes makes one wonder how life was at the... 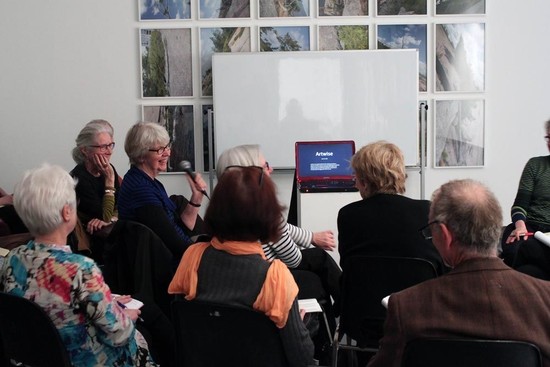 Bridging the gap between older adults and younger generations is exactly what the Ottawa Art Gallery... 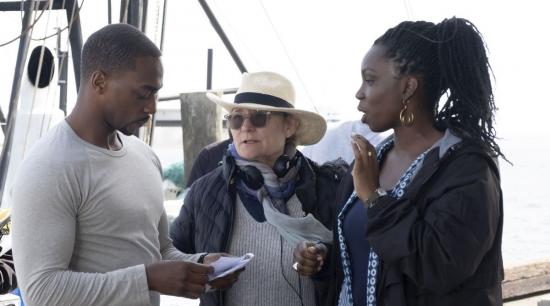 Interview with Kari Skogland, the director of The Falcon and the Winter Soldier

Marvel fan and film reviewer Keith Whittier chats with the Ottawa native behind The Falcon and the Winter Soldier.