ABOVE: YVR in Richmond, BC sits completely empty due to the COVID-19 coronavirus pandemic. (PHOTO: iSTOCK)

By Greg MacDougall and Dan McCarthy

Flying into Ottawa International Airport (YOW) the evening of September 11th, 2001 was an eerie experience. Following the 9/11 terrorist attacks, North American airspaces were being closed, and planes were landing on the nearest runways. Upon arrival, it was obvious that the world had changed; parked jets, a ghostly quiet and darkened terminal and an absence of foot traffic inside and vehicle traffic outside. For the past year, most evenings at YOW have looked that way. While the pandemic is a very different enemy, its impact on air travel and the broader aviation sector has been deeper, broader and threatens the near-to-medium-term survival of large and small players in the sector.

In 2019, more than 5 million passengers caught and de-planed flights at YOW. Last year, just 1.3 million passengers did so. In January of this year, a mere 53,256 passengers passed through the gates to and from flights. Annualized for 2021, with the annual summer bump, the airport will greet fewer than a million travellers - barring a miraculous turn around in our national vaccination rates. If you were to visit YOW today, you could fire the proverbial cannon down the departures hall and likely not hit anyone. On April 7th for example, YOW was scheduling 8 departures and 7 arrivals. All day. Pre-Covid, Air Canada had more departures each day for Toronto alone. Add in WestJet, Porter Airlines, Air North, United, Sunwing Airlines, and Air Transat among others, and YOW was a vibrant small city supporting nearly 11,000 jobs and generating more than $1 billion in economic activity.

One year into the pandemic, the Canadian aviation sector, and the airlines in particular are bleeding to death. In the last nine months of 2020, Air Canada had a net daily cash burn of $13 million with estimates that this will have risen to $15-17 million per day in the first quarter of this year. Figures for WestJet are not available as it is privately held, but are likely comparable. Route cuts, fleet retirements, and layoffs by the thousands have staunched little of the bleeding. You can fly without passengers but you can’t make any money at it. Smaller airlines are not immune to the pandemic. Air North which serves southern connections for Yukon residents, has cut flights from 30 per week to 3; CEO Joe Sparling stated in a February webinar hosted by Government Analytics that even with knocking a third off their overhead, they are not covering their costs.

So why hasn’t the Government of Canada moved forward with a comprehensive financial lifeline – call it a bailout if you must – for a sector that directly employs more than a hundred thousand Canadians? Pilots, flight attendants, groundcrews, re-fuelers, de-icers, baggage handlers, security and food service workers are just a partial list of the workers dependent upon air travel.

In the early days of the first lock-down, when Prime Minister Trudeau solemnly told Canadians abroad, “that it is time to come home”, these very workers leapt into action. The airlines moved quickly – before beginning layoffs and the shut-down of operations – to re-patriate Canadians stranded abroad. Standing outside Rideau Cottage in the frigid March air, the Prime Minister highlighted conversations with the CEOs of WestJet, Air Transat and Air Canada to book flights out of Europe, and carriers such as Sunwing to bring people home from the Caribbean.

They did so in the absence of federal health guidance. Flight attendants were responsible for implementing protocols to screen passengers for Covid-19 symptoms. The airlines delivered passengers into terminals with minimal health protocols. For their part, the federal government provided a pamphlet, asking returning passengers to quarantine and sent them on their way. A year later, one could argue that the new federally-mandated quarantine hotels have been similarly ineffective, in addition to being draconian and, in some well-documented cases, unsafe. That same month, the Air Transport Association of Canada (ATAC) wrote to the federal government requesting assistance during the pandemic, and the cessation of non-essential travel. In a later stand-up press conference, again at the ‘Cottage’, the Prime Minister stated that an aid package for the airlines would follow.

In May 2020, Mr. Trudeau re-iterated that he planned to keep working with airlines on a package but wouldn't address any specific points. It should be noted that his comments came just one day after Air Canada announced it was planning to layoff nearly half its 38,000 workers. Despite regular assurances from the Prime Minister and then-Transport Minister Marc Garneau, months went by with no formal discussions. Negotiations actually began in November, led on the federal side by the Department of Finance but here we are five months later, seemingly no closer to an announcement on the sector. And although the Fall Economic Statement noted support for airports, and $1.4 billion in federal wage subsidies for air sector workers, it clearly has not been enough of a lifeline. In the words of Mr. Sparling on our webinar, this federal support including the northern essential air subsidy has simply turned “enormous losses into huge losses”.

In the intervening months, WestJet mirrored Air Canada’s route cuts suspending all flights to airports in Charlottetown, Fredericton, Moncton and Québec City. Given that both airlines are operating at little more than 10% of pre-Covid passenger loads, the cuts are not surprising. Air Transat, Sunwing and Porter are grounded entirely. Canada 2021 has become a country where even if you have to travel, you can’t get there from here. 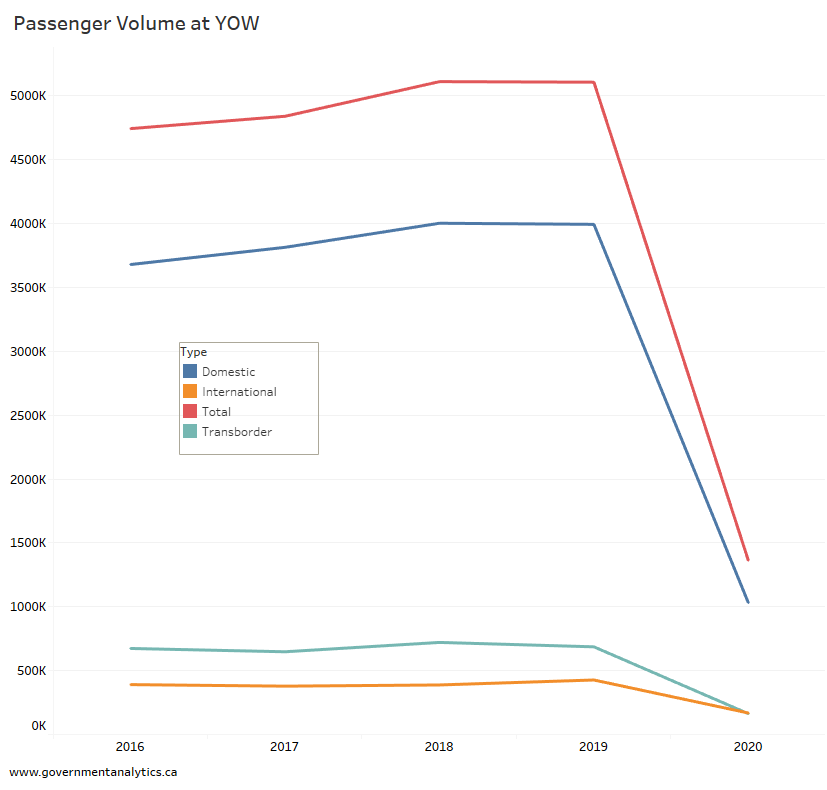 The political two-step continues with current Transport Minister Omar Alghabra who says that airlines must refund more than a billion dollars owed passengers holding tickets on cancelled flights, stating “Refunds for passengers who lost trips because of Covid restrictions are a critical element of our discussions. So it’s regional routes, it’s jobs, it’s refunds. All of those aspects are taken into account in the ongoing discussions with the airlines.” The government has also added the condition of ‘protecting Canadians’; presumably this means cheaper ticket prices.

The United States has taken a different tack providing $50 billion (US) directly to their sector, both sustaining jobs and the transportation infrastructure that ensures the maintenance of technical skills. Former North American airline executive Don Carty, speaking on the same webinar with Joe Sparling said that the American aviation sector will bounce back more quickly as a result. Further he said, that the Canadian government is trying to get everyone to agree to a policy and that takes more time. The US government took a decision and moved on.

So what form could industry support take? The Trudeau government could provide grants or subsidies, low interest loans on long-term repayment schedules or buy equity in the airlines through preferred shares or warrants. The largest obstacle now is that the decision is less grounded in aviation policy, and more dependent upon short term political considerations. Exacerbated by the shifting goal posts of a potential Spring-Fall election, the government response is captive to issues such as ticket refunds as opposed to positioning the airline sector for a rapid recovery take-off as the pandemic subsides. Refunds will come but you and I as taxpayers will foot the bill for them.

Ottawa-based aviation policy expert Warren Everson writing in December’s Policy Options, stated that Canada needed “to plan for an aviation market that operates far below market levels for the foreseeable future… a policy framework that permits the industry to remain solvent for at least several years of poor market conditions”. The solution he believes, may be to craft an emergency plan that would resemble the regulated system we used to have, with “new market sharing arrangements.” These arrangements reflect two realities: our new market where air traffic in some regions has collapsed; and the fact that scheduled carriers serve nearly 200 communities of which a third are served by the two largest airlines. Smaller carriers compete in, and effectively serve the majority of these now-thin markets. Given the far-flung nature of Canada, any federal solution must be fair to small carriers.

Two months ago, ATAC and industry partners wrote the House of Commons Transport Committee calling for government thinking to move beyond a bailout to formulating a “re-start initiative…to be in place by April 30th, that reflects science-based and data-based decision making with respect to testing and quarantine measures, and which will enable a phased re-opening of international air travel and provide a clear path forward for the re-opening of domestic travel.” The re-start initiative would provide support commensurate with that in comparable nations such the US, Britain and Germany. It will also be necessary for the government to re-assess the user-pay model for services such as air traffic control through Nav Canada, and security screening, as fewer paying passengers will be responsible for funding the entire system.

Through the Transport Committee, and pre-Budget consultations, the government has no shortage of policy choices from which to choose. But having dithered through the fall and winter on a plan, the aviation sector is running perilously short of runway. And there are serious concerns in the corridors of power whether Transport Canada possesses the creativity, or has the latitude to craft a sector-wide response that will keep airlines solvent, airports functional, and ensure that the technical skills remain in the workforce, ready to re-open when the time comes. With US and other foreign carriers receiving massive government support, the longer the government delays, the less meaningful any potential support will be; a case of too little, too late. Minister Alghabra took over this portfolio at the worst possible time but it’s past time to seize the controls, and ensure it’s ‘wheels up’ in 2021.

Greg MacDougall is a partner in Government Analytics, an Ottawa firm that specializes in mining, analyzing and formatting government data so that it may be easily communicated for advocacy or corporate purposes. GA utilizes proprietary software to transform raw data into visualized, in-depth evidence. Dan McCarthy writes on a variety of public policy issues. 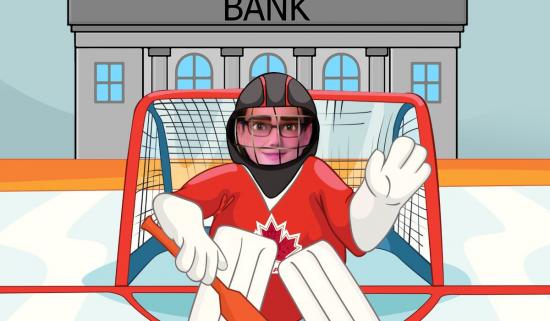 Thank the bank but hold the standing ovation

Tiff Macklem, Governor of the Bank of Canada, has been a force offensively in the economy through the pandemic. Canadians will soon see if he can play defence as well. 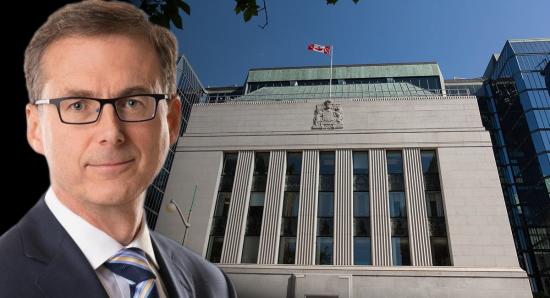 Virus forces new role on the Bank of Canada

Bank Governor Tiff Macklem, is the most important person in Ottawa . . . But accountability processes developed in gentler times do not allow Canadians or Parliamentarians to fully peer behind the Bank’s curtains. 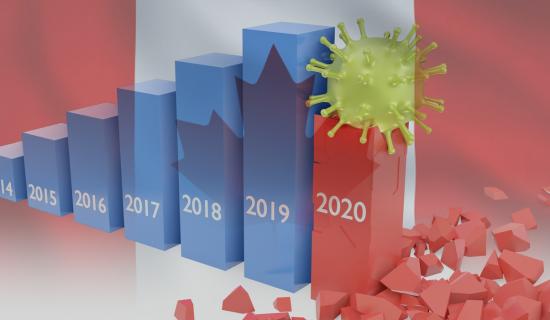