The Organized Chaos of Ronley Teper

Being creatively multifaceted can help you conquer just about every medium, and it certainly makes for some interesting art. For Ronley Teper, managing her different disciplines has meant producing many ends of her art from the music to the videos to the live shows as well. On top of this, Teper has also lead the constantly rotating cast of The Lipliners to intensely improvisational sets that even she admits walk the line between magic and falling apart at any moment. We caught up with Teper ahead of her June 1 show in Wakefield @ Kaffe (and a June 2 show in Perth) to talk about balancing mediums, keeping her band in a row and how she harnesses improv as an artist.

Ottawa Life: Your music and live shows are known for mixing lots of artists and jams into unique performances, so how do you focus this kind of energy when recording?

Ronley Teper: I'm back in this process right now actually, recording again. My last record was a live recording, and over two nights in a row. I recorded those shows, and basically would go editing and mixing those to find pieces that were useable for a record. For this one it was more about what you're talking about. I record pretty much all our shows in some way, and I go through all  of the work to find parts that I feel turned out really gorgeous in the live performances. In the live performances we get moments of crazy, amazing beauty and other times it's chaos because we're working on songs right there. This time I'm working with a producer who I've worked with over the last decade, we go through the recordings and make a demo of what we like. We'll do a single rehearsal and try to record. Within those forms it's more figuring out how many times to do things so we're not solely winging it like on stage. The most important thing to me is allowing the artists to let out what they feel. It's super challenging and there's a lot I have to let go of. I really enjoy not knowing what's going to happen in the live setting so I find myself much more vulnerable in the studio.

Given the kind of never-the-same shows you do, how do you find a core for the songs you write and make sure that's maintained?

There's always a bit of a core when we record live, so there's are some rules set there. We do make up some songs on the fly, but there's usually a song or story in there already. There are always sections, and it's more just that anything can happen in that section. My job is to take them to that next section, so the band always knows there's something coming.

Your Lipliners band started out as a kind of rotating cast of people too from Tranzac in Toronto, so how did it evolve into what it is now?

It's still rotating, at this show we'll have two players from Ottawa and one Lipliner from Toronto. My number one rule though is that I really have to like someone and we have to connect, even after I hear them play. There has to be an element of fun. When people have the same vibe as you, and want to come play, they can come play. They're most professional musicians who play in multiple bands, so we just come together when things line up. So I meet new people and ask them if they can come play, sometimes I need them confirmed but other times it's fun to have them just show up. 96 per cent success-rate with that, sometimes I'm off but it usually works.

Where did the cross-country concept for the "Timing" video come about and what was your favourite part of that adventure?

Saul Lederman and I were travelling around for a year, and within that time I was touring. We went to many different places, and the concept of time was very present, since I find you're dealing with different concepts of time as you travel. I had this vision for the piece at one point, where I would run and we started filming it. It became this fun thing where whenever we went somewhere we'd film me running. It was kind of like a live performance to have me running in these places too.

What led to the huge mix of art mediums in "The Game," and what was the biggest challenge in making those all work together?

It happened really smoothly actually. There wasn't a concept at the beginning either, so it was the same kind of process of a live performance. We knew what the story was and what props we had, and we just filmed a lot of stuff for fun. It was more of a process of going back to look at it and making the story work from there. Those last two albums had a lot of mixed mediums like film, puppets and costumes, which I use already in live performance. The most work for that was actually going through the internet looking at footage of people abusing power and then drawing them. There was a lot of work to it, even though it looks like this lo-fi, indie video. A lot of it was public domain or Creative Commons but I felt like it needed this bibliography too.

How did your improvisation workshops start and what do you think is the most important lesson you can take away about improv?

Looking at being spontaneous and nervous, you're on a stage, so if you're afraid that's good. Most challenges in life start with fear. After doing things a few times, they get easier and the fear goes away. There's no right or wrong in improv, but there are rules that set it, they're not negative but there's a core to it. Assumptions of what is musical is based around what we've heard, but we hear people use their voices and instruments in different ways when we travel so you have to try. 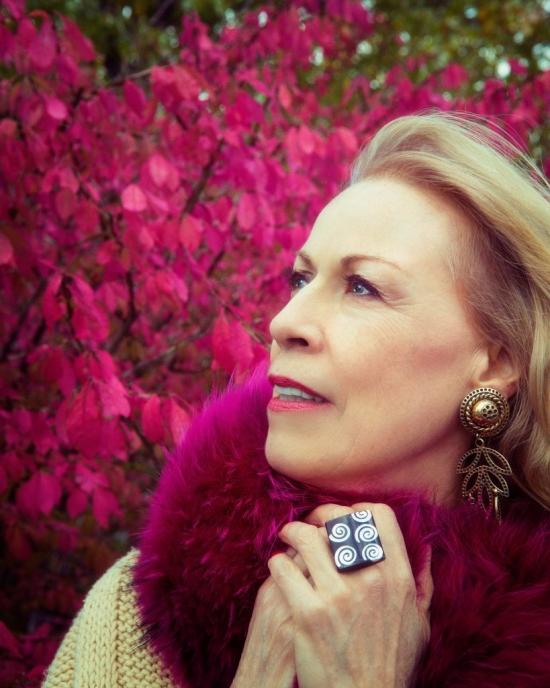 In Blood Orchid, Barbara uses a lifetime of artistic talent and her powerful, wide-ranging vocals to lay bare the gamut of emotions felt most deeply by women. 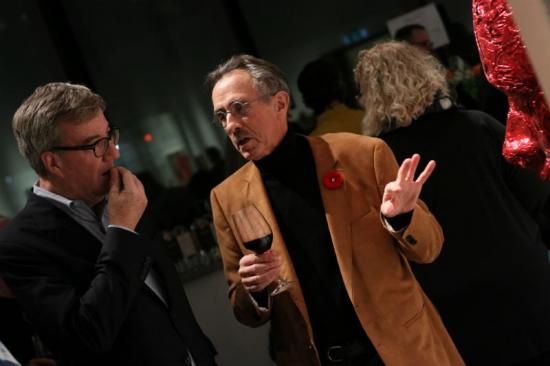 Le Party is the OAG’s signature fundraising event for over 20 years and raises funds that allows the Gallery to offer free educational programs, tours, events and free admission to the Gallery every day. 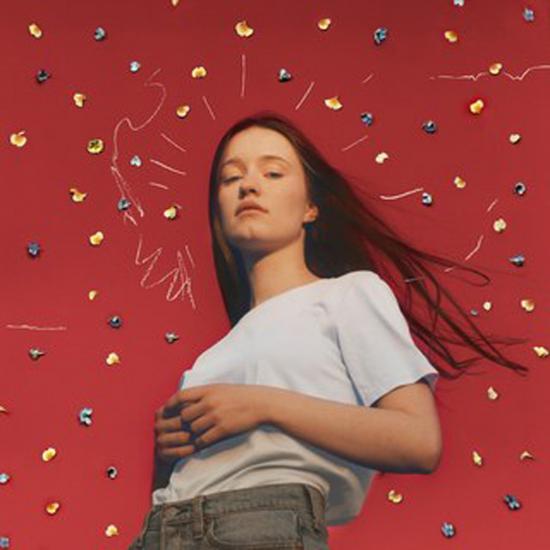