Tell me if you’ve heard this one before . . . ‘Keith Whittier loves September’!

It’s by far my favourite month of the year.

Spend five minutes with me and I’ll tell you!

One the reasons for that is the Toronto International Film Festival. Here at Ottawa Life we have you covered once again for the 2020 campaign but before we get to that let’s take a walk down memory lane, shall we? There are a lot of great movies that have come out of TIFF, ‘Slumdog Millionaire’, ‘Moonlight’, ‘The Kings Speech’, ‘La La Land’ just to name a few. They have all won awards and what’s more you’ve heard of most of these movies, if not all.

I wanted to bring you a list of fantastic movies that have been at TIFF over the years, that you may not be aware of. These are movies that get released but for whatever reason may not be as widely known.

I proudly present . . . 21 movies from TIFF that you may not have seen — but you should! (Yes, the title is long…why 21? Because it’s my favourite number) Hmmm, maybe let’s call it ‘TIFF’s Hidden Gems’

I have also included what streaming service you can find it on for when you decide to check them out.

I have always thought Sienna Miller was a good actress. This movie showed me she was great. Playing a woman who must pivot her entire life when a tragedy strikes her family, she is a force in this film.

2. Below Her Mouth — Directed by April Mullen (Netflix)

This movie isn’t for children. This Canadian film is bold and refreshing. It explores a woman engaged to a man who is finding herself tempted by a woman she meets.  Not since ‘The L-word’ have I seen a project that feels so realistic in its depiction of this subject.

This movie is so incredible. It tells the story of a 12-year-old boy who sues his parents for neglect. Ms. Labaki solidifies with this project she is incredible in front of or behind the camera.

The concern with coming out of a project like the Harry Potter series is you will be typecast. Not an issue for Emma Watson who consistently delivers great performances. This is based on a true story of a young woman who finds her boyfriend has been abducted by the ‘Colonia Dignidad’ and will stop at nothing to rescue him. This may her best performance that you’ve never seen! In addition, this is a very good film where Michael Nyqvist reminds us how great he is at playing a villain.

Nicole Kidman was nominated for a Golden Globe in a performance that she should have received more awareness for. She has never done anything like this before or since as she plays a detective tortured by events in her past. Kidman is barely recognizable in this film that offers such captivating storytelling and wonderful pacing. One of her best performances in a very strong film.

After playing at a neo-Nazi skinhead bar a punk band must fight for their lives after witnessing a murder. The late Anton Yelchin and Patrick Stewart (yes Professor Xavier) star in this film. This is a very intense film that needs to be seen.

This movie is genius. Shot entirely from a first-person point of view you are immersed into this world where ‘Henry’ has been resurrected and programmed and is out to save the day. Non-stop action! It is worth mentioning that Sharlto Copley, in a supporting role, had one of the most underrated but memorable and entraining performances.

Based on the 2008 Munbai Attacks at the Taj Mahal Palace Hotel this film is an intense thriller. Phenomenal performances from Dev Patel, Army Hammer and Nazanin Boniadi, among others, and the fantastic direction bring a strong sense of realism to this film. I remember how focussed and drawn into the story the audience was. Do yourself a favour and see it.

9. In the Fade — Directed by Fatih Akin (iTunes/Google Play)

I remember at the Q&A of this film I asked Diane Kruger, the films lead, if she had been previously under utilized in previous roles. I said her work in this film was her best and Akin brought it out. Considering she hasn’t before or since been awarded with any other lead actress awards, I may have been onto something. This is one of those great performances you must see. She plays a woman who has her life destroyed after an attack that kills her husband and son.

Spoiler Alert: This is one of my favourite movies of all time and the movie poster hangs in the basement. I absolutely adore this film. It tells the story of a very wealth quadriplegic and the young man he hires to be his caregiver. Yes, this movie was remade with Brian Cranston and Kevin Hart and yes that was a decent film. But would you want to hear someone other than Prince sing Purple Rain? This is one of the most touching films I have ever seen and solidified to me why TIFF consistently delivers great content.

11. Message from the King — Directed by Fabrice du Welz (Netflix)

Before he was part of an ensemble that dominated the box office in ‘Black Panther’ Chadwick Boseman was starring in this film at TIFF. He plays a man looking for his younger sister. While not widely talked about this film showed once again that Mr. Boseman had the makings of a strong leading man. It also showed the good people at Marvel he could do action films…quite well.

Another one of my TIFF favourites. Some people are shocked at the opening scene. Some are shocked at how incredible the story is. Some are shocked at how incredibly hypnotic this film is.  For me, I am shocked it was directed by Tom Ford. With all due respect I was blown away that the fashion mogul crafted such incredible work. In his second directorial outing he created a film that will stay with you. The film has incredible performances from Amy Adams, Jake Gyllenhaal, Michael Shannon and Aaron Taylor-Johnson was simply terrifying in this. No wonder he won the Golden Globe that year.

Do you hate it when people spoil movies? Me too. Let me say this. This film won the Palme d’Or at the Cannes Film Festival and was nominated for Best International Film at the Oscars. Without giving away it is about a group of crooks who take in a small child. But there is so much more to this. Check it out and if you do. You’re welcome in advance.

14. Sorry for Your Loss — Directed by Multiple Directors (Facebook Watch)

It isn’t uncommon at film festivals for tv series to be shown there. Maybe a few episodes to engage an audience. This series deals with a woman grieving her husbands’ death and looking for answers. Elizabeth Olsen is the lead and she is very strong in this role. I feel she is one of those actors that always stands out. This role proves that to be true.

A group Americans are working in their companies Colombia office when suddenly, they are locked in the office building. A voice comes over the intercom ordering them to start killing each other or they will all die. This movie was perfectly suited for TIFF’s Midnight Madness program. You think your co-workers like you? Watch this and think again. A very interesting premise that works in this film.

As I am compiling this there are titles that I need to look up the director for. (I don’t remember everything) This isn’t one of them. Baker has crafted a masterpiece with this film. Set over the course of a summer it tells the story of a six-year old girl and her mother surviving with little means while living a stones throw away from ‘the happiest place on earth.’ While it’s true that Willem Dafoe was nominated for an Oscar for his performance, and it’s also true that Bria Vinaite was discovered through Instagram for her role, it will be Brooklyn Prince’s six-year old turn as ‘Moonie’ that will rip out your heart.

After her best friend dies a woman checks in on her husband and is shocked by what she finds. This is easily one of the most original films I have ever witnessed at TIFF or otherwise.

18. The Rest of Us — Directed by Aisling Chin-Yee (iTunes/Google Play)

Two mother/daughter combos are brought together in the most unique of circumstances. Heather Graham has always been very entertaining to me, but in this film that wasn’t widely seen, she shows how incredible she can be with the right script.

Chris Rock has been making us laugh for years. I maintain that his writing and directing in Top Five may be the best work he has ever done. Telling the story of a comedian who is trying to be taken seriously as an actor while dealing with his reality star girlfriend. The movie takes course over one day and I found it funny, engaging, real and most of all a crime that more people didn’t pay attention to it.

Get the tissue ready! You know a movie is incredibly powerful when Emmy winner Sterling K. Brown (This is Us) and Tony winner Renee Elise Goldsberry (Hamilton) are in it and they aren’t even delivering the best performances. Kelvin Harrison Jr. and Taylor Russell deliver in this gut-wrenching film that was named one of the Top 10 films of 2019 by the National Board of Review and by this publication.

Ok, don’t get put off by the title. While this deals with adult themes it’s not an adult movie. YPF is a comedy that takes place over the course of one night and examines relationships from multiple points of view, the married couple, the co-workers, the roommates, the friends, etc. This was a Canadian comedy that came out over 10 years ago and it still holds up. 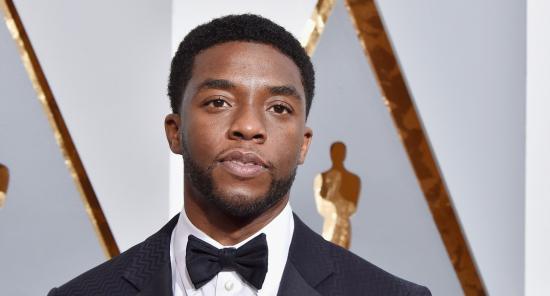 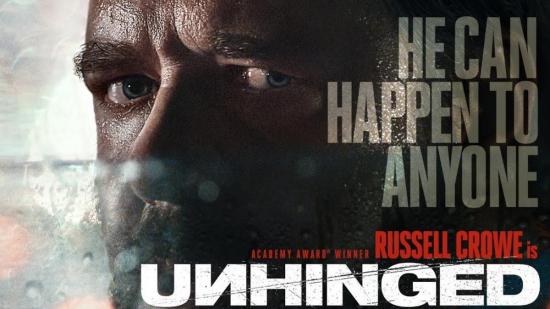 Watch our review of the entertaining edge-of-your-seat movie, Unhinged 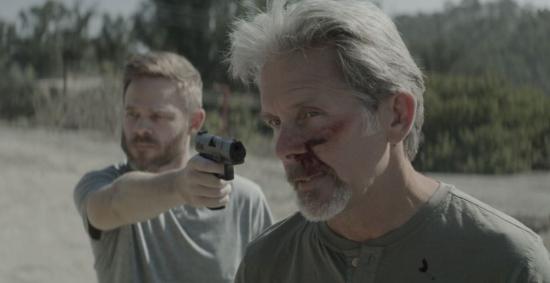 Watch Keith Whittier's review of this dark drama along with a bonus interview with the film's star.