ABOVE: Images from the "An Internationnal Exhibition of the Centennial History of Communist Party of China.

Ottawa Life Magazine has been publishing a Canada-China Series since 2013. The series focuses on bi-lateral interests, business affairs, people-to-people relations, Chinese culture, and the Chinese diaspora in Canada. Since 2018 there has been tension in the Canada Chinese political relationship. Ottawa Life Magazine has continued and will continue to publish relevant information related to the bi-lateral relationship, including stories, columns and editorial features that present issues from the Chinese perspective, as well as from the Canadian government and other Canadian stakeholder points of view.

July marks the 100th anniversary of the founding of the Communist Party of China (CPC) which was established in Shanghai on July 23, 1921. A century after it was formed, the CPC is the largest political party in the world with over 90 million members.

On July 1, 2021, Chinese President Xi Jinping gave a speech at Tiananmen Square in Beijing to launch celebrations for 100th anniversary of the founding of the CPC.

The event was big and bold and featured congratulatory messages to President Xi and the Chinese people from three Chinese astronauts who were orbiting in outer space. Beijing’s largest buildings, historical sites and national monuments were blanketed in red. Jetfighters and helicopters flew overhead as large parades of soldiers from all services marched in unison to showcase China’s 21st century military prowess. Hundreds of thousands of Chinese citizens including CPC members, government and health care workers and others joined in the extravaganza.

The centerpiece of the celebrations was a one-hour speech by CPC Chairman, Xi Jinping, who laid out the Communist Party’s achievements over the past century. His key message was that the CPC has delivered for the Chinese people. His remarks highlighted how 21st century China is vastly different from the China of 1921 and why China is well positioned to be a leading country in the world.

“The Communist Party of China and the Chinese people, with their bravery and tenacity, solemnly proclaim to the world that the Chinese people are not only good at taking down the old world, but also good at building a new one,” Xi proclaimed. “Only socialism can save China, and only socialism with Chinese characteristics can develop China.”

For many in the West, President Xi is viewed as a more ideologically driven leader than his immediate predecessors and many have expressed concern over the CPC’s high-profile resurgence under XI in media, commercial and private business, social affairs, and education. For Xi, the centennial has provided an important moment to recalibrate the CPC from its origins as a political party established bring revolution and change to China’s millions of rural peasants into a party that a century later will guide and oversee the worlds second largest economy in an increasingly sophisticated world.

In his remarks, Xi spoke of the achievements of the CPC including the elimination of extreme poverty and a series of economic reforms that unleashed a commercial boom that has greatly improved the lives of million of citizens. He focused on the longstanding principles of the CPC which has been to pursue what the party calls the “great rejuvenation of the Chinese nation”.

CPC officials are quick to remind foreigners that a century ago -prior to the formation of the CPC, China was in the throes of a civil due to years of imperial mismanagement by the last dynasty and interference by foreign (mostly western) colonial powers. Today China, along with the United States, is the worlds leading economic power. Since the ‘opening-up’ of China in the mid-1990s under the leadership of Deng Xiaoping, China has been in a constant process of re-emerging on the global stage and now participates in most major multilateral institutions that define the world community of nations.

Unlike a century ago when China could barely keep up with the West, today China has not only caught up with the western economies, but the country is on a trajectory to surpass many of them. In the coming decades with its increased outputs in productivity, commerce, trade, and artificial intelligence (AI) China is on track to be the world’s leading economic power.

Many analysts wrongly assumed that with the ‘opening up’ of China’s in the 1990s western-style political freedom would follow the new economic freedoms. There was also an assumption that Chinese economic growth would be built on a similar matrix as in the West. China has done neither, instead building it own unique economy which is best described as capitalism on steroids within a Marxist state with Chinese characteristics. In real terms this means that the CPC is at the epicentre of all economic institutions and involved at all levels of society. Western countries assume this is innately regressive and that the Chinese people do not support the CPC. This is where the West gets China wrong. While there are dissenting voices for sure about the CPC, it seems clear that the majority of Chinese people support their government and support the CPC.

Recently the Harvard Business review published an article by Rana Mitter and Elsbeth Johnson titled ‘What the West Gets Wrong About China’. As part of their paper they referenced polling data from the Ash Center at Harvard’s Kennedy School of Government which revealed a 95 per cent satisfaction with the Beijing government among Chinese citizens. Mitter and Johnson postulate that many Chinese believe that the country’s recent economic achievements have actually come about because of, not despite, China’s authoritarian form of government.

As they state in their paper, “Our own experiences on the ground in China confirm this. Most ordinary people we meet don’t feel that the authoritarian state is solely oppressive, although it can be that; for them it also provides opportunity. A cleaner in Chongqing now owns several apartments because the CCP reformed property laws. A Shanghai journalist is paid by her state-controlled magazine to fly around the world for stories on global lifestyle trends. A young student in Nanjing can study propulsion physics at Beijing’s Tsinghua University thanks to social mobility and the party’s significant investment in scientific research.”

Mitter and Johnson sum up the role of the CPC saying:

“In China, however, growth has come in the context of stable communist rule, suggesting that democracy and growth are not inevitably mutually dependent. In fact, many Chinese believe that the country’s recent economic achievements—large-scale poverty reduction, huge infrastructure investment, and development as a world-class tech innovator—have come about because of, not despite, China’s authoritarian form of government. Its aggressive handling of Covid-19—in sharp contrast to that of many Western countries with higher death rates and later, less-stringent lockdowns—has, if anything, reinforced that view. China has also defied predictions that its authoritarianism would inhibit its capacity to innovate. It is a global leader in AI, biotech, and space exploration. Some of its technological successes have been driven by market forces: People wanted to buy goods or communicate more easily, and the likes of Alibaba and Tencent have helped them do just that. But much of the technological progress has come from a highly innovative and well-funded military that has invested heavily in China’s burgeoning new industries. This, of course, mirrors the role of U.S. defense and intelligence spending in the development of Silicon Valley. But in China the consumer applications have come faster, making more obvious the link between government investment and products and services that benefit individuals. That’s why ordinary Chinese people see Chinese companies such as Alibaba, Huawei, and TikTok as sources of national pride—international vanguards of Chinese success—rather than simply sources of jobs or GDP, as they might be viewed in the West.”

The misconceptions and ideas many educated and informed people in Canada have about China are not helping bi-lateral relations. They talk about China as though it is still the same as it was in the 1970’s or even late 1980’s rather than looking at things from the Mitter-Johnson perspective.

The best visual and narrative representation I have seen of this change in China is in this link which the Chinese government published as part of its celebrations for the CPC centennial.

I encourage anyone to scroll through the pages and pictures. Take particular notice of the photos. They show a country that has gone from a relatively agrarian society through the industrial and high technology age and then transformed seamlessly into the artificial intelligence economy in just a century. It is quite incredible and the only thing that I can compare it to is the American industrial revolution and growth between the 1880’s and 1980’s or the post WW2 recovery of Europe in large part thanks to the Marshall Plan and the ingenuity of post war European leaders.

Currently, in Canada and much of the West there seems to be an irrational refusal to acknowledge the transformative economic, social, and even political changes in China over the past four decades. Not that this really matters. Countries who continue to view China with these misconceptions will do so at their own disadvantage as China continues to grow its influence and presence in the world. Given what the Chinese have accomplished in the past century, one can only imagine where things will be in 2121. 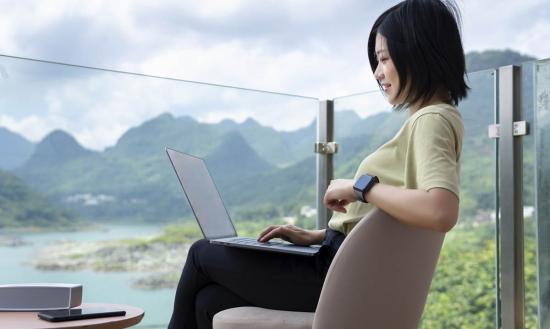 Since reform and opening up in 1978, more than 770 million of China’s rural population living below the current poverty line have been lifted out of poverty. 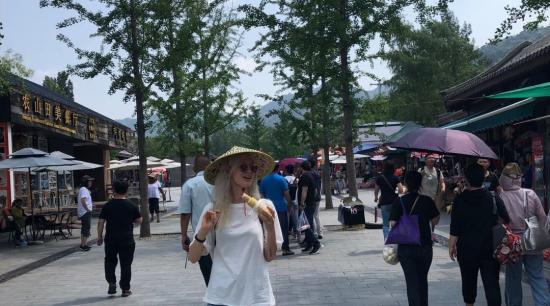 China-Canada education cooperation benefiting from development of education in China

The development and opening-up of education in China has promoted the China-Canada education cooperation and people-to-people exchanges, which have and will serve the common and long-term interests of the peoples in both countries. 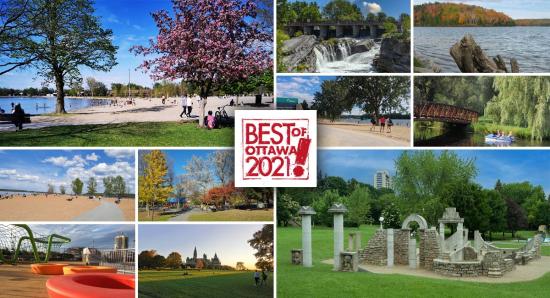 BEST OF OTTAWA 2021: Beaches and parks